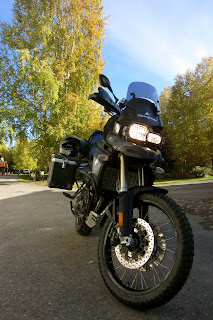 I didn't get out of Fairbanks until 1 pm.  First thing in the morning I got an email that my BMW apparel order did go through successfully, which meant an added trip to work.  Not cool, but I knew I'd feel much better during the whole trip if I took the extra time at the shop.

The weather in Fairbanks was crisp and cool.  The sun was shining brightly and the autumn colors were kicking in full strength.  Strikingly similar to my departure last year and only a day or so off too!

The Spot beacon that David and Cee let me use was transmitting perfectly and updating to Spotwalla allowing people to follow me en route.  I took the scenic drive to work:  Farmer's Loop Rd. 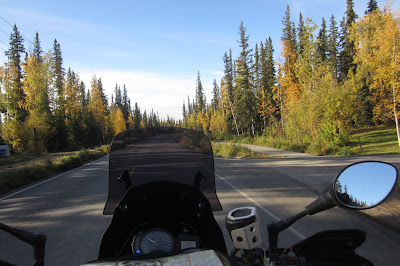 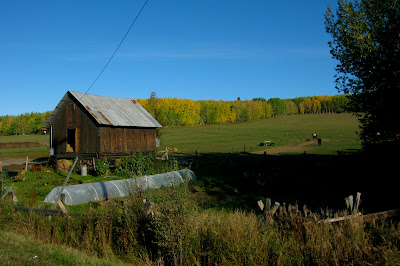 It took an hour or so to get confirmation that my order was submitted properly.  I used that time to get the blog set up and to make a few posts on Facebook to let people know that I'm competing in the GS Qualifier.  Brian Lee snapped a couple token shots of me in front of the Trail's End BMW sign and I was off.  Sort of...  bank, lunch, hug and kisses from Laura and then back to Fred Meyer's to pick up a GoPro Hero2 Camera.  (All necessities before a big trip!) 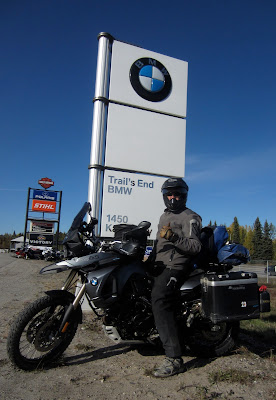 The weather was great.  51°F and sunny.  Looking good.  The miles clicked by and soon I was sidetracking near Delta Jct. for some photos of the freshly snowed on Alaska Range. 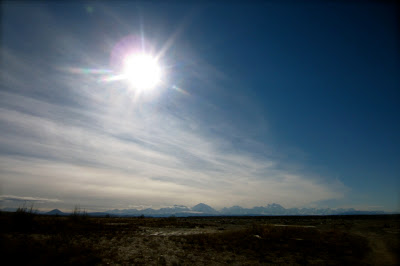 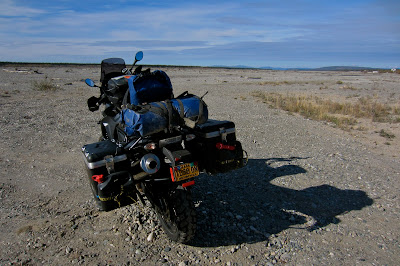 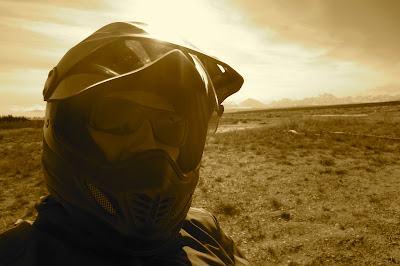 And a token photo of my fresh Heidenau K60 Scout tire...  This way we can watch together as Canada's notorious chip seal eats away at my fresh rubber. 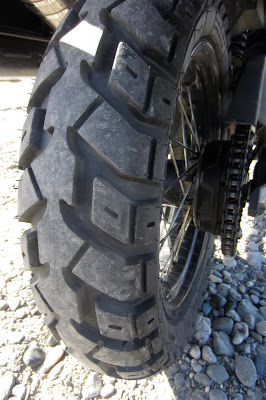 Quick fuel in Delta Jct. and off for Tok.  In Tok I fueled again and despite my concern for looking great, I donned the BMW ProRain Banana suit...  temps had dropped to a consistent 40°F and I was starting to get cold.  I hoped the neon yellow one-piece would keep some wind out and heat in.

Shortly later I was pulling up at the U.S.-Canada Border... 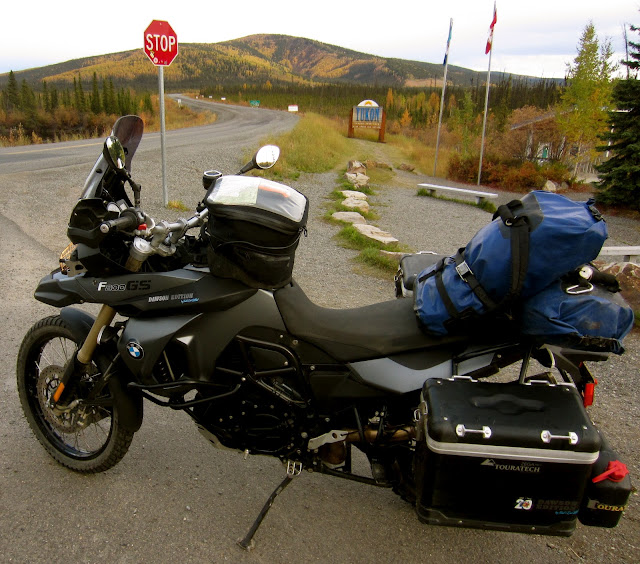 The sun was getting low on the horizon making for the most outstanding scenery!  Totally beautiful reflections of the alpenglow lit mountains in the still icy cold ponds and lakes.  I saw a pair of giant white swans but couldn't pull the brakes and go back.  I had way too many miles to go to get to Destruction Bay.  I was clocking my pace and watching the clock... if I was lucky I'd get there by 9'ish, hopefully get a room and maybe even some warm food and a cold beer.  I was getting really cold now. The temp was hovering right around 32°F and falling in the low spots.  Time to put the camera away and twist the wrist. 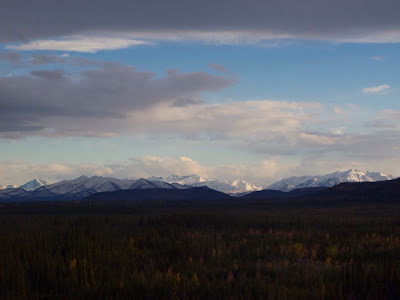 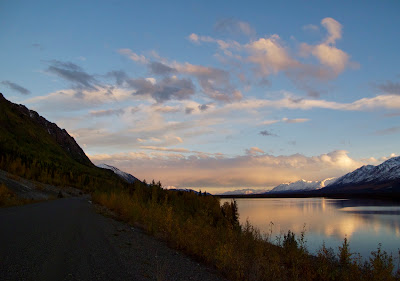 -roads good condition all day. suited up in prorain in Tok but only a handful of raindrops all day. Snow on roadsides from Beaver Creek on. Mountains loaded up and snowy white.  Really beautiful alpenglow and reflections. Wished I could stop more but I think I got a couple snaps that will convey the idea.  Made it to the Talbot Arm restaurant and motel in time for beers and a tasty burger and fries.  Stoked.  Thought I'd be eating cold chicken wings and pizza.  Got a room.  Worth every penny as it will bottom out way colder than my bag is rated for.  Doubt my hands would have even functioned to set up my tent.  Successful day. 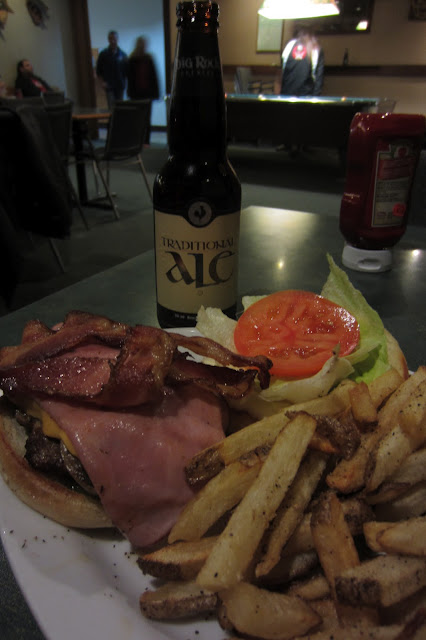 Trail's End BMW is sending me to Moab, Utah to take part in the 2012 GS Trophy Challenge West Coast Qualifier.  The GS Trophy is a biannual international event.  I am riding a 2012 BMW F800GS from our shop in Fairbanks, Alaska to Moab, Utah.

And the greatest part?   I AM LEAVING RIGHT NOW!  Stay Tuned...

You can follow me on Spotwalla by clicking on this link: Spotwalla Map


I hope to have good internet over the next few days to update with photos.