Day 3 - Still in Kathmandu. And getting antsy...

I woke up this morning to someone praising the porcelain in the room next door.  It was a lousy way to wake up.  Especially for him.

I looked at my watch.  7:30am.  I pulled a pillow over my head and managed to fade out for another 15 minutes.

I was anxious.  I had to get out of Kathmandu.  I know there are tons of cool sights to see here.  But until I have a bike on lock-down, my mind is overwhelmed.  I'm not interested in gompas or stupas or divas or even Kumari at the moment.  I'll get to all of that in time. (I plan to hit the sights and sites during my decompression in Kathmandu before I fly out on my birthday.)  Right now, I've got one thing on my mind and that is locking down a bike and getting out for some very needed THROTTLE THERAPY!

I walked across the street to International Guesthouse and strolled into Mr. Ganesh's office.  He was sitting at his desk reading the newspaper.  He smiled at me saying, "Namaste," motioning for me to take a seat.  Three huge sticks of incense were billowing up plumes of incredible smelling goodness from the windowsill behind him.  The wafting smoke dancing exotically in the early morning sunlight.

He frowned slightly and told me he would call the man, but that someone had offered him much more money for the bike.  He punched a few buttons on the phone, the speaker shocked to life, when the receiver answered he picked up the phone and yelled out a conversation in rough Nepali.  He sounded angry.  I knew better.  I was quite used to this from listening to Egyptians speak Arabic to each other.

He hung up the phone. Smiled and said that he would be here around 9'ish and that I should come back in 45 minutes.  As I walked down the alley heading into Thamel to find breakfast, I looked at my watch it was already 8:45am.  So was it 9? or 45 minutes? I thought to myself, "must be Nepali time."

I found a restaurant down a nearly hidden walkway, called Secret Garden or Hidden Garden... something like that.  I went in and had an incredible steak and eggs breakfast with superb high octane coffee in a proper coffee cup. 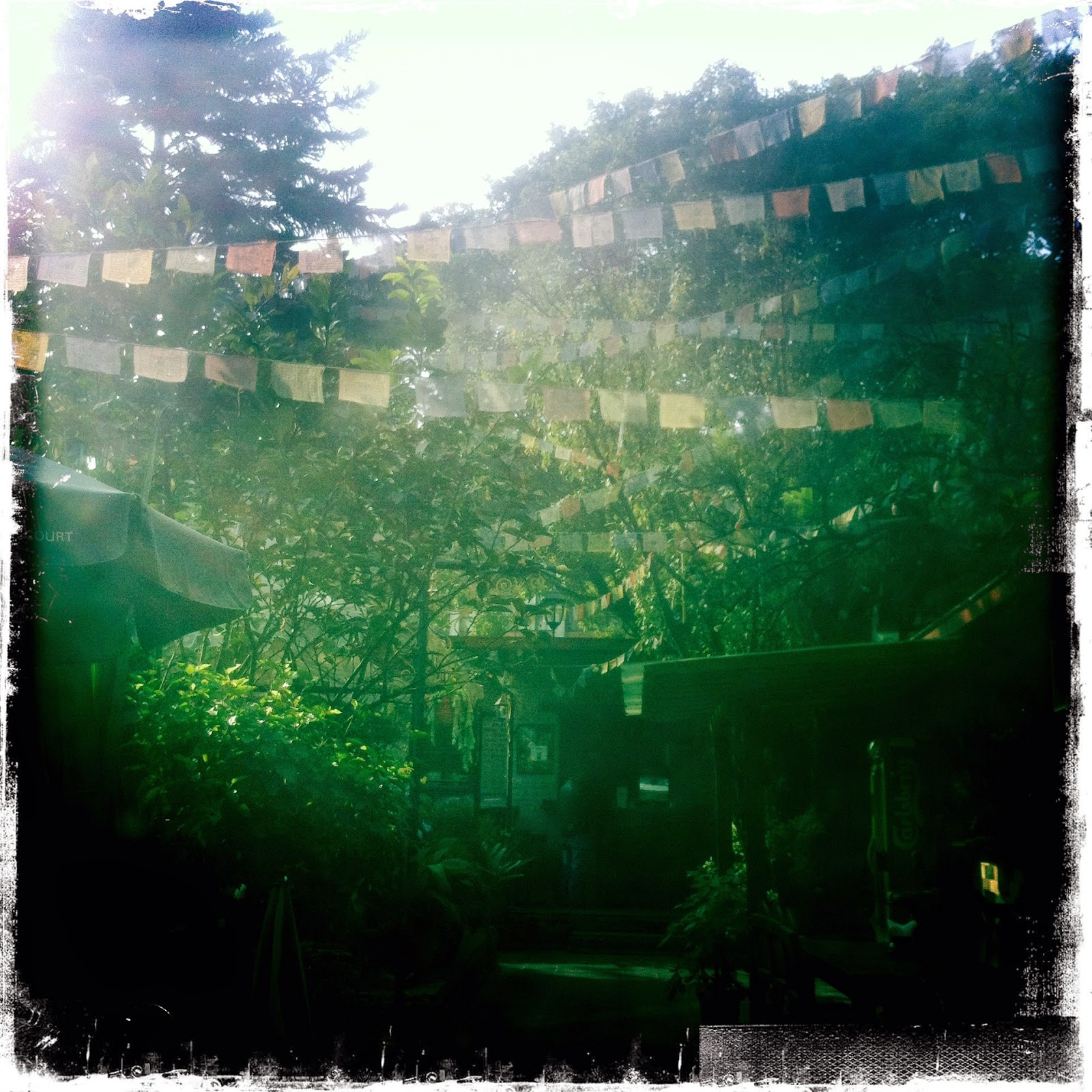 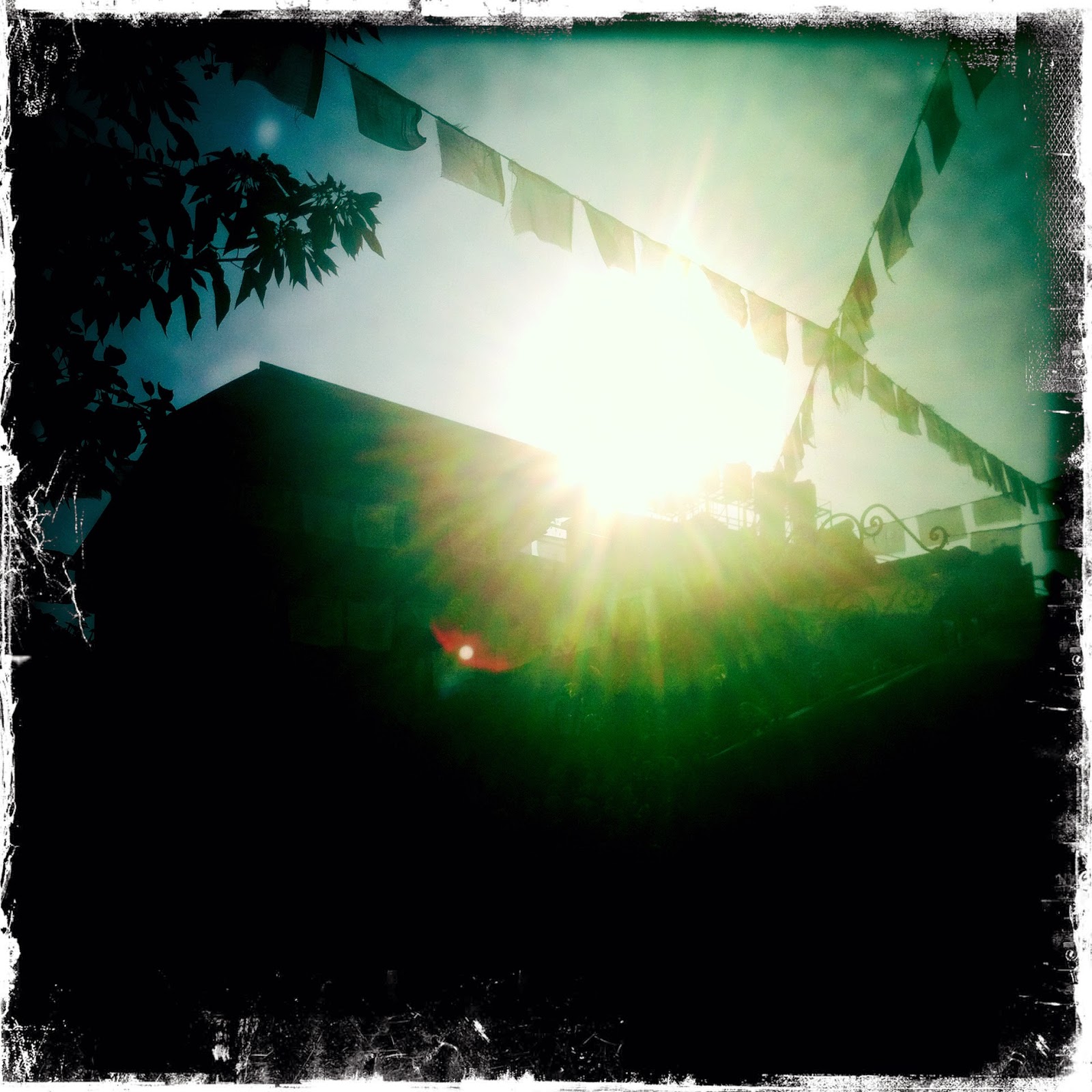 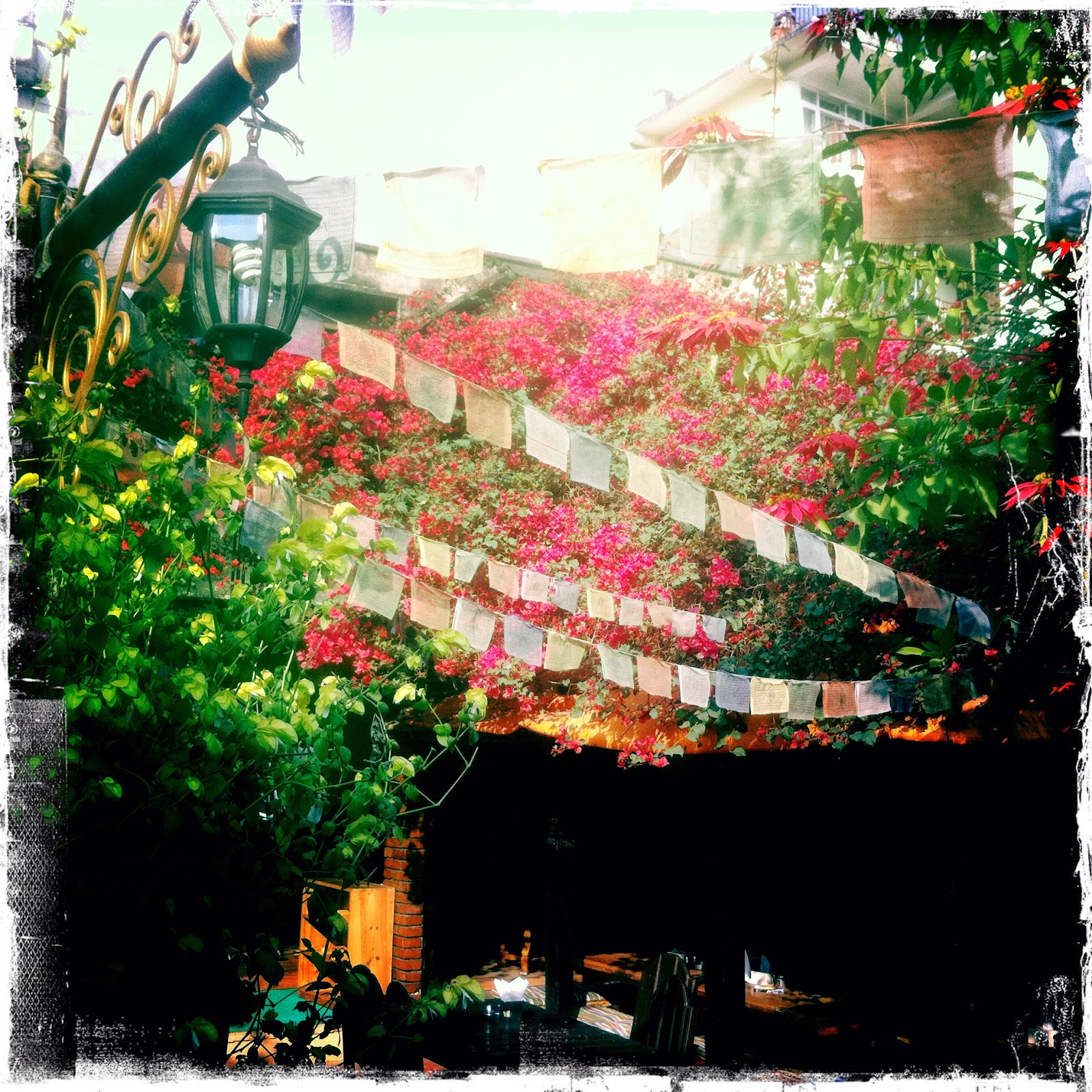 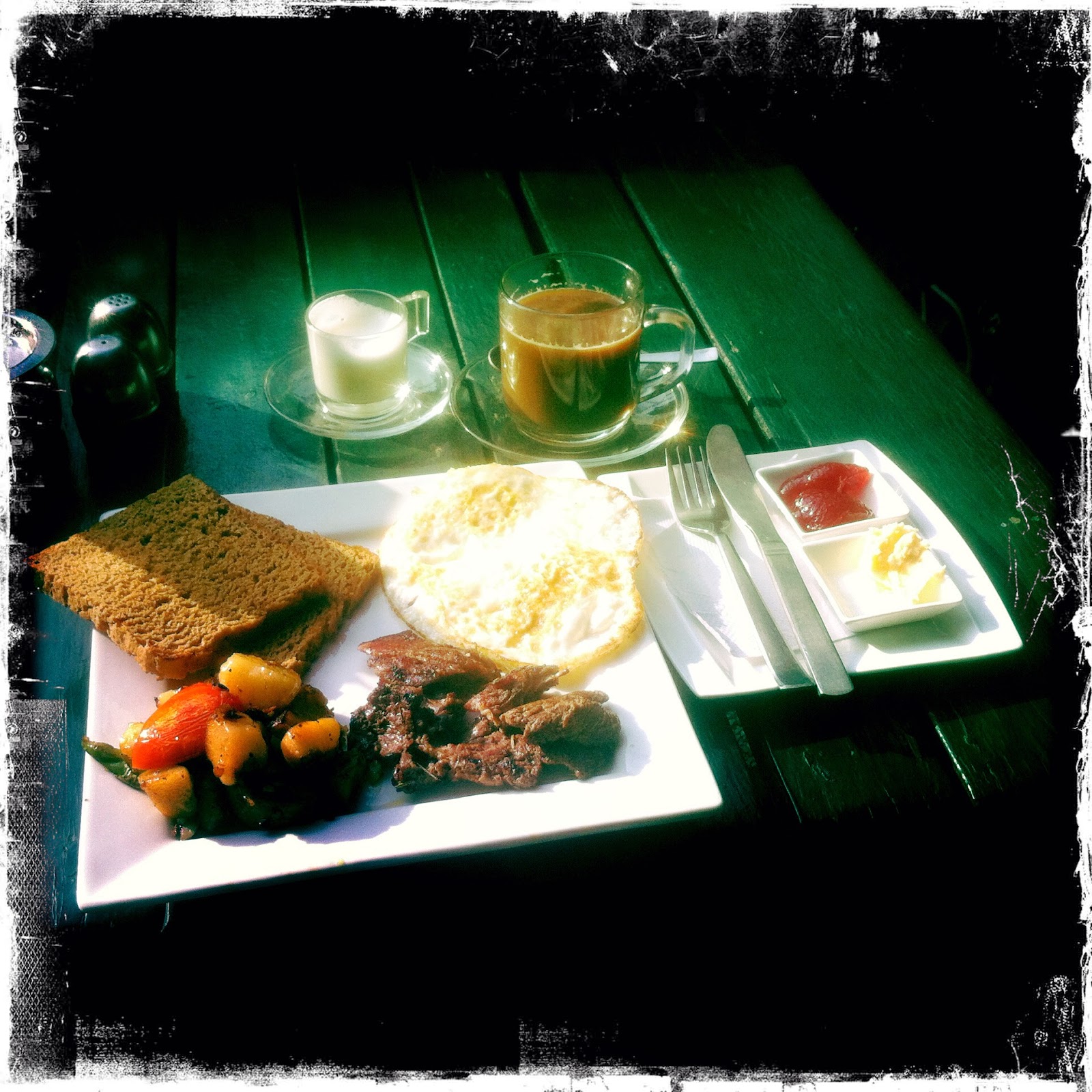 When I got back to Ganesh's office at 9:20am, he told me I'd just missed my moto connection.  For a split second I was bummed out.  He tried calling him and the guy said he was busy now but could come back at 1pm.

I carried on and got checked out at the other hotel, paid my $15.  Ganesh said the hotel was still full but if I didn't want anything fancy he could put me up out back in the workers' quarters that they were converting to a new part of the hotel.  He would give me the terrace suite with breakfast for $15.

Works for me.  And I decided that missing the guy on the 350UCE was a sign.  I called A. Gurung at BikeMandu.com and asked if I could pay him a visit.  He told me to come by at 1pm, but it was going to cost me around $10US in cab fares because the workshop was across town.

I figured it was worth it.  I wanted to get a feel for this guy and see a 500EFI in person.  My cab driver was a bit of a half wit and it took nearly a dozen phone calls for us to make it to the BikeMandu.com workshop, which was the garage outside their nice home.  A. Gurung was young, bright faced and I instantly liked him.

He showed me the bike. 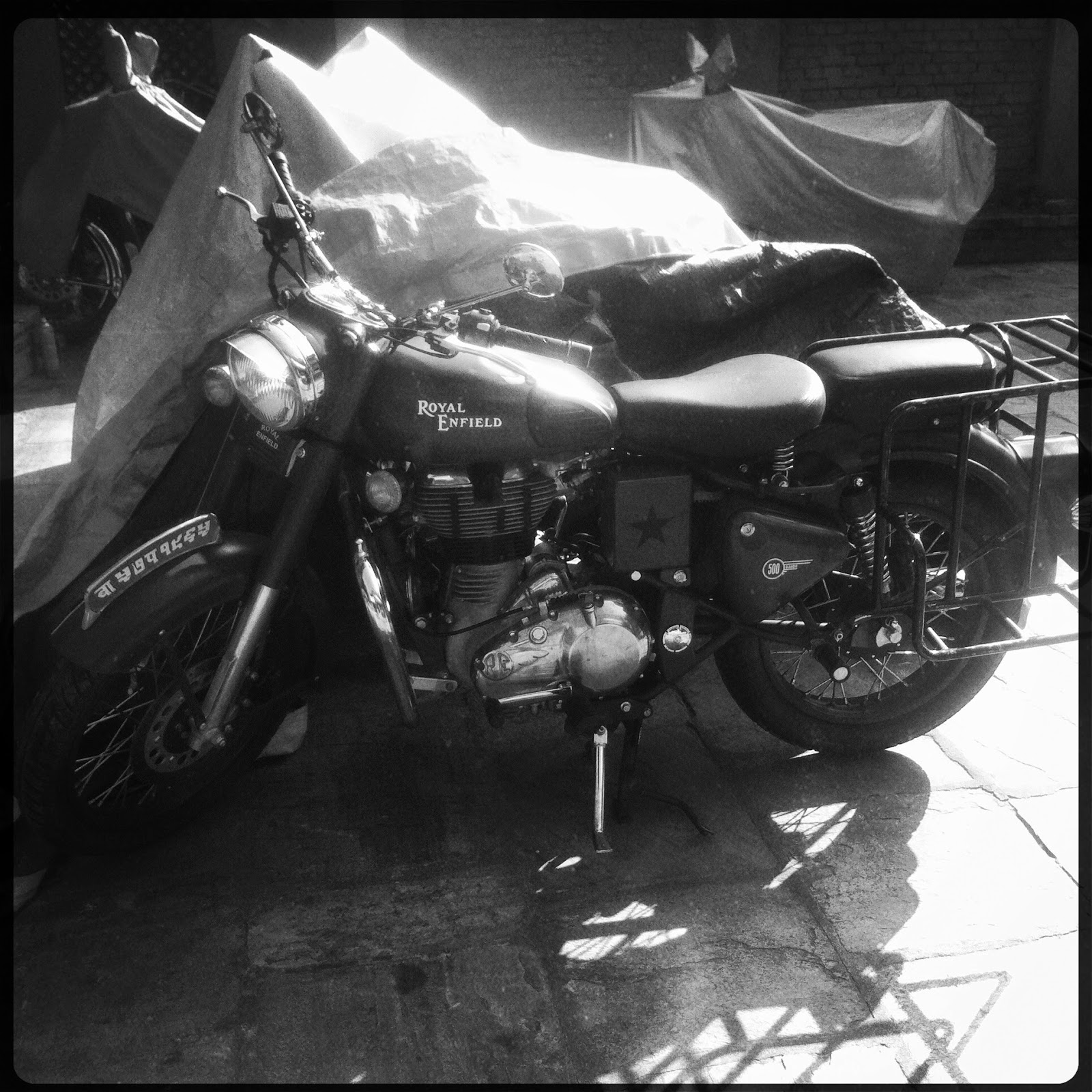 It was battle green, had huge chrome engine guards and gigantic steel luggage racks.  It was nearly new, with only 7,000km's on the clock, or just over 1,000 miles.  The tires were totally fresh, chain and sprockets still new.  The only flaw was a giant dent in the top of the tank.  A. Gurung explained that the first guy to rent it, dumped it and bent the handlebars into the tank.  Bummer.

We talked at length, while my taxi driver slept in the car.  I really was torn.  This was definitely the bike for the trip, but even at the discounted price I swore not to disclose, this bike was over twice the cost per day of the 350UCE, even with the new inflated price of $25/day on the 350.

A. Gurung said he would include a spare clutch cable, tubes and tools and he would spend an hour with me in the morning, showing me the finer points of maintaining the bike on my journey.  His daughter, all of a foot and quarter tall, kept poking at my knee and pointing at the bike.  Salesmanship at its finest.  She climbed up on the bike smiling and reaching to A. Gurung for the keys.  He gave them to her to silence her jabbering.  She immediately put them in the ignition and turned it to the on setting.  Hilarious, she was all of two years old at best.

I liked these guys.  And as much as I hated to see my budget blown before I even left Kathmandu, this seemed like the right choice.  A. Gurung told me to come back at 7am, which meant another $5US taxi ride too.

On the ride back all I could think about was how I was going to manage riding in this whacky traffic. Cars, trucks, cows, and hundreds of motorbikes all driving on the wrong side of the road.  I breathed a few deep breaths, smiled and decided I'd worry about that when it was time to ride tomorrow.  For now I took the crazy ride as an opportunity to learn. 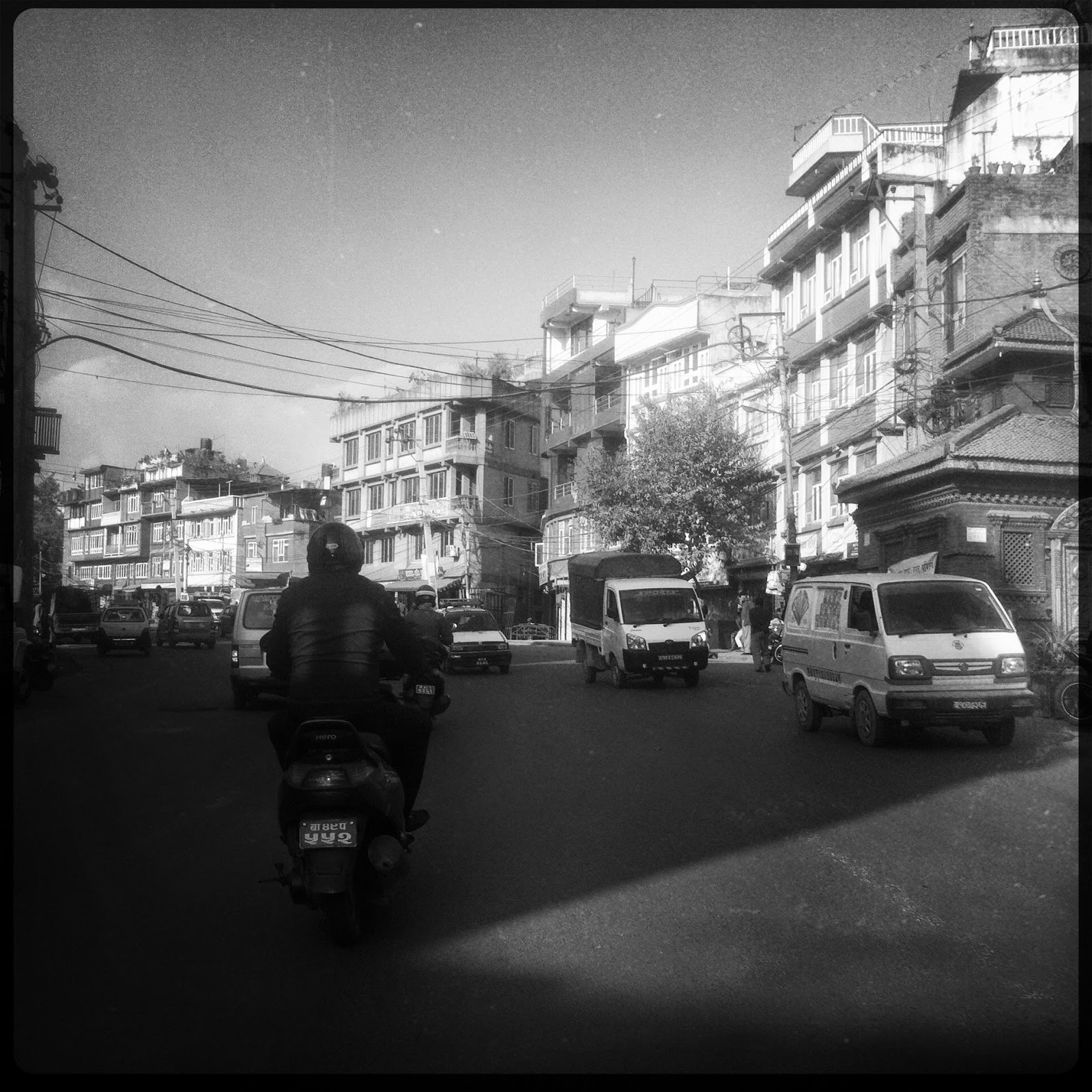 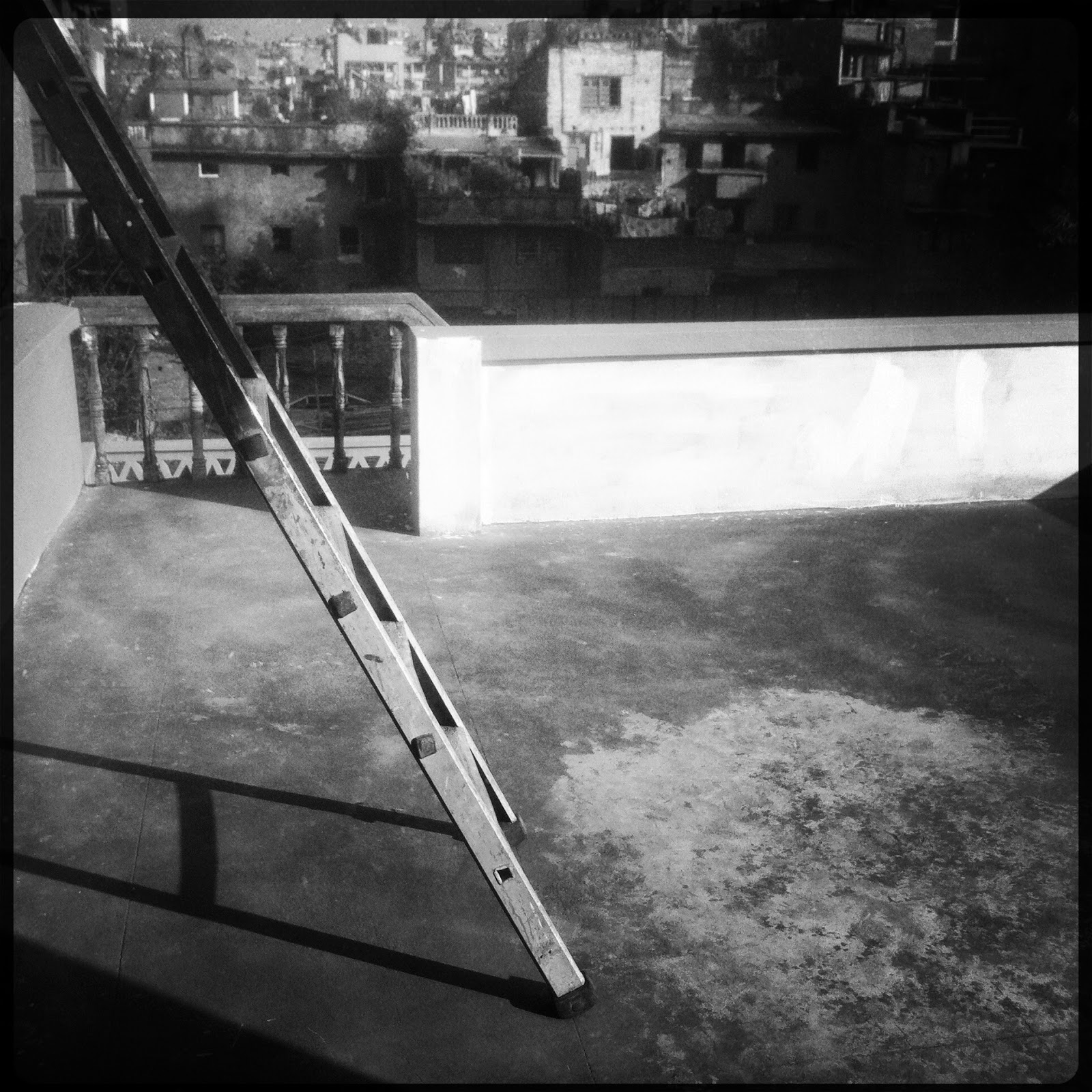 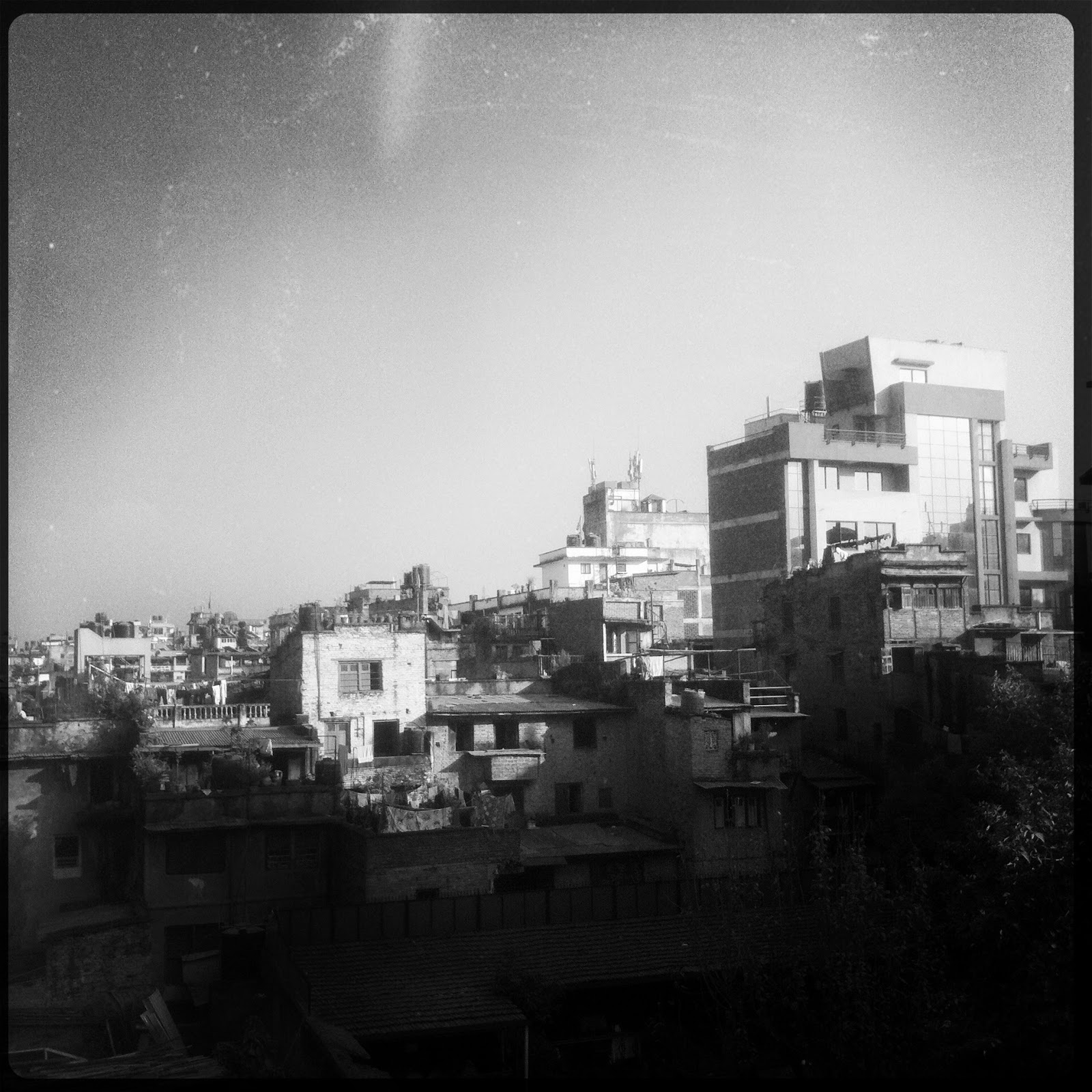 Time to repack for the the hundredth time...
Posted by trails•end•bmw at 9:48 AM