Today was a scheduled short ride to Pokhara.  Riding beyond Pokhara would have left me in no man's land instead of loads of options for food and lodging in popular tourist destination Pokhara. 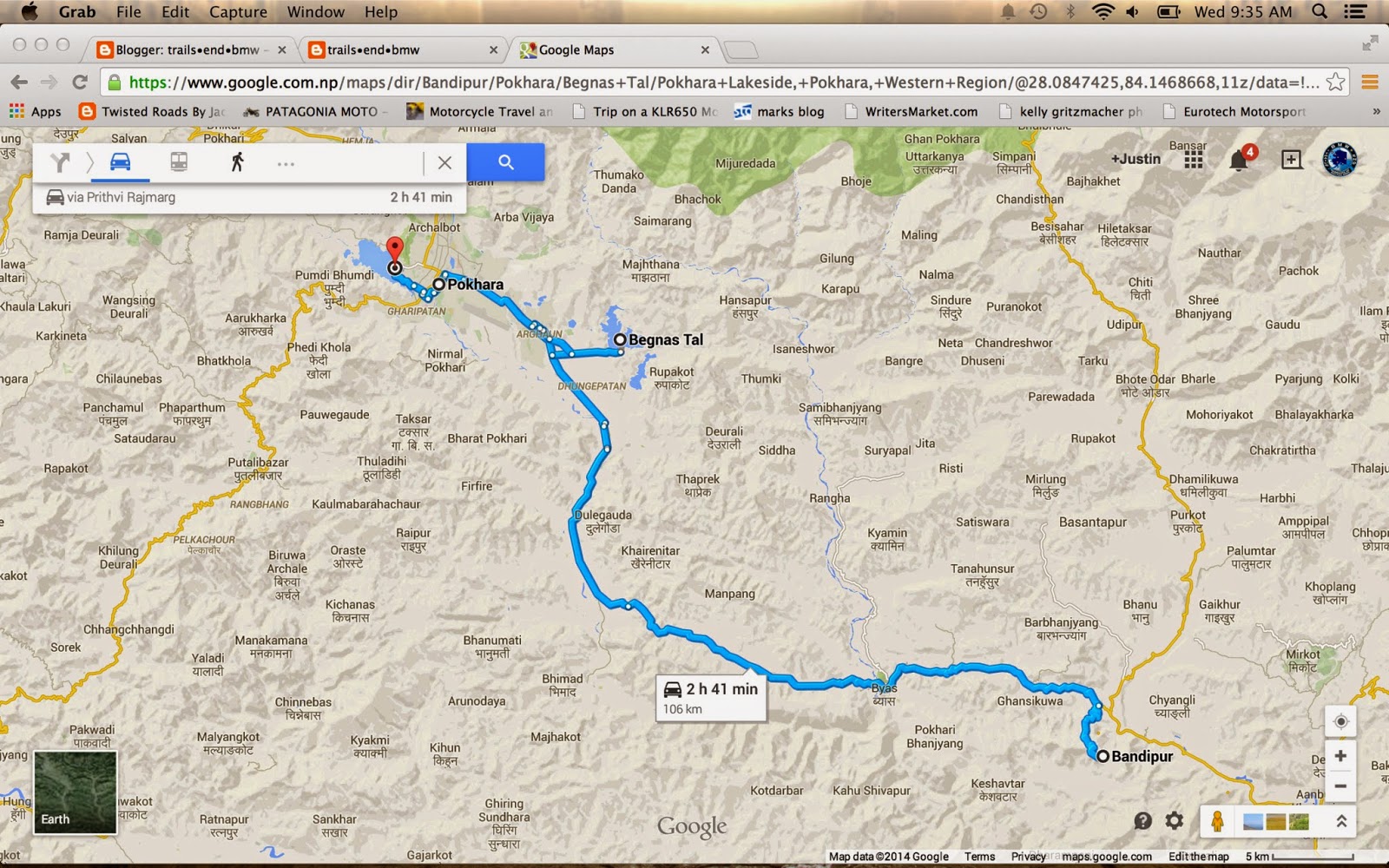 I enjoyed a mellow morning at Milan Guesthouse.  I was served a couple pieces of Peruvian style bread, which further lent to the similarities between Nepal and Peru.  The two remind me so much of each other.  The music that the farmers play out loud while they work in the fields even sounds the same as the Wayna music of Andean Peru.

I had a couple cups of Nescafe and then loaded the bike up in the sun.  For such a basic guesthouse, Baniya and Niru do a decent job.  They could spruce the place up a bit and it would add a lot of character.  It did the job in a pinch and I don't have much to compare it to yet. 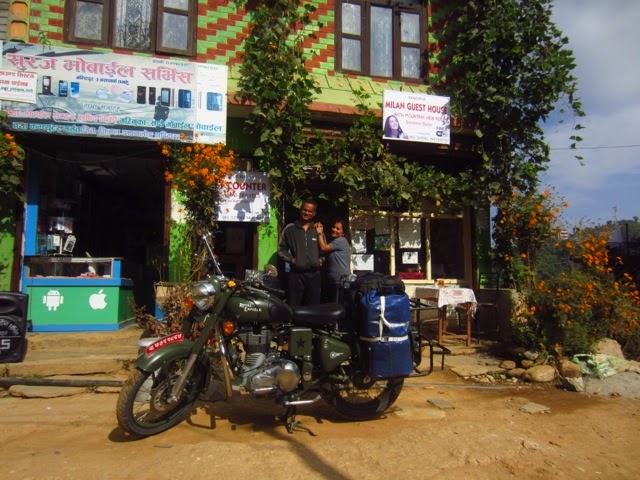 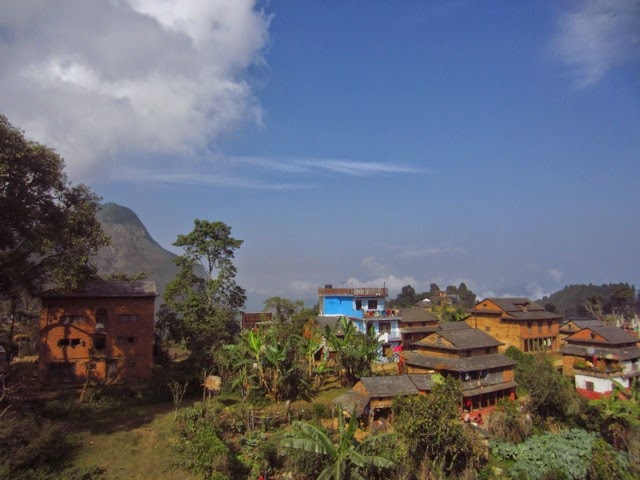 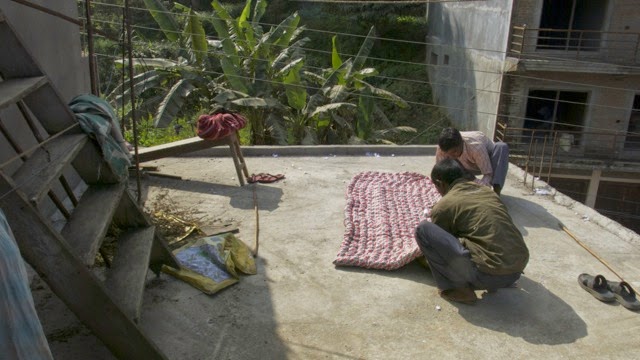 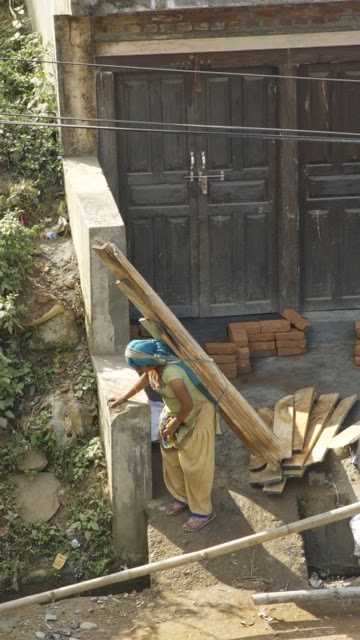 Two bus drivers got in a pissing match out in front of the guesthouse.  It was looking like it was going to get quite exciting as one was wielding a hefty looking stick and the other a brick.  It ended up just being a bunch of yelling back and forth until the local police showed up in their blue camouflage uniforms and marched them off.  About 100 people were in the street watching.  It was quite the spectacle. 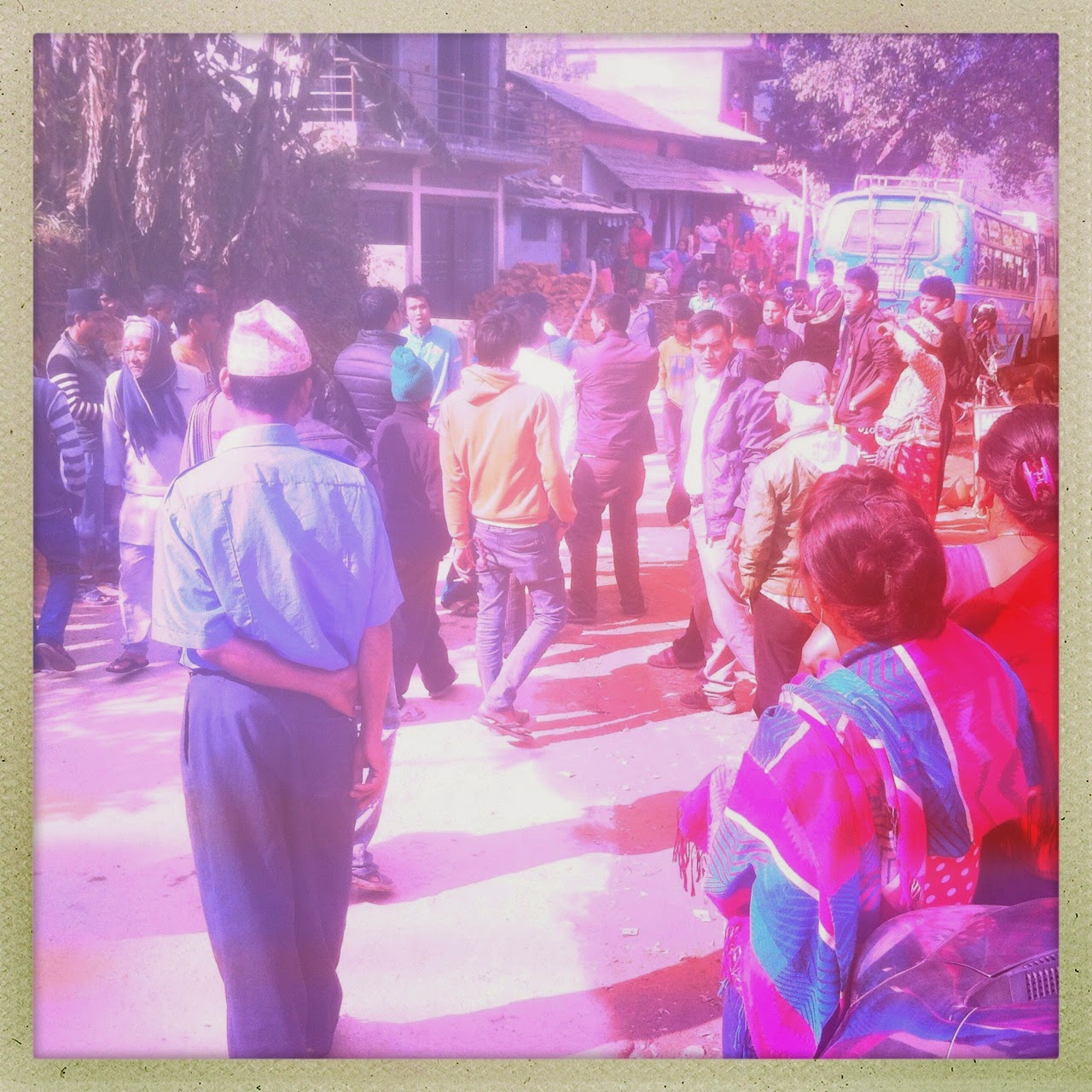 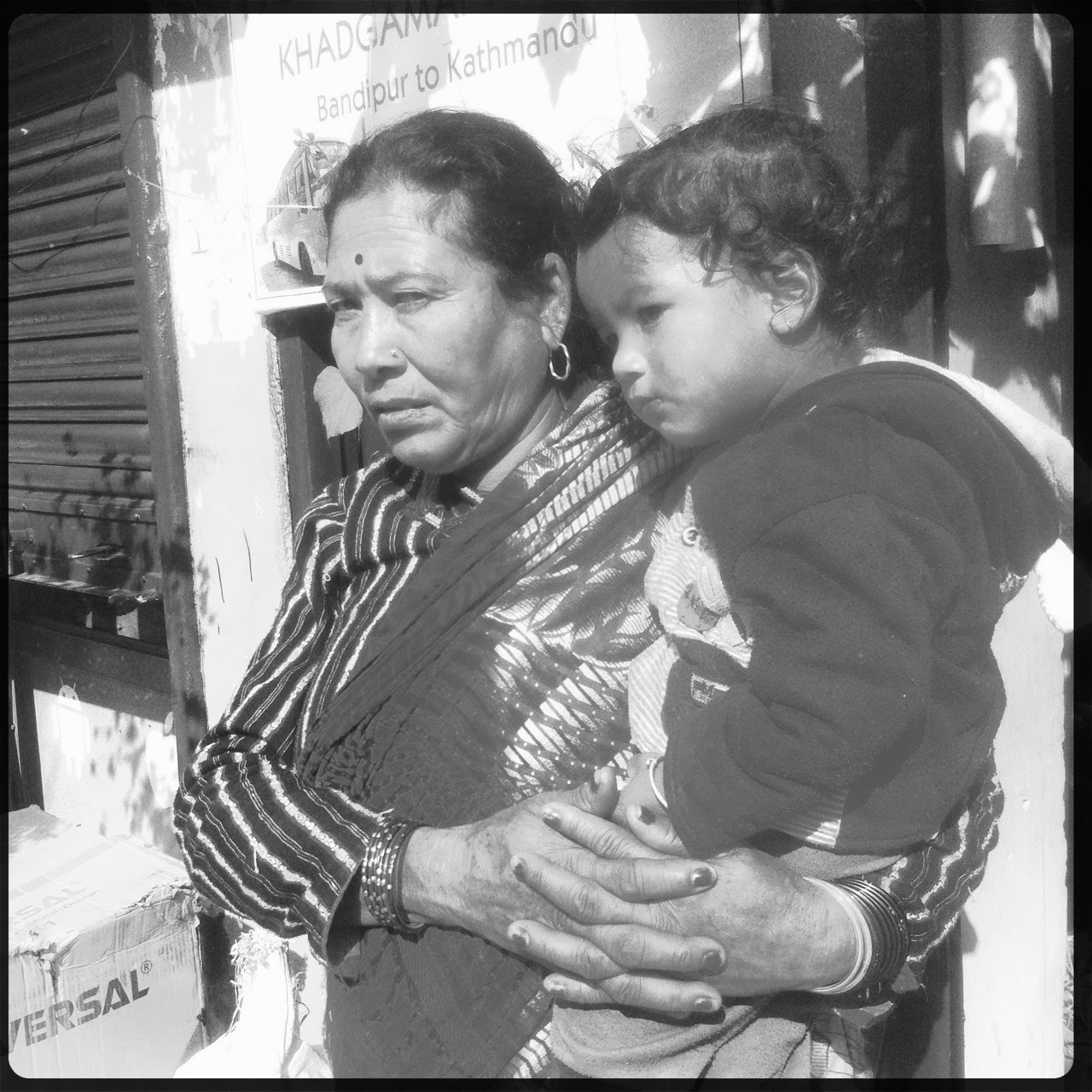 After that excitement, I motored off for Pokhara.  It took me about 2 hours cruising in the sunshine.  There were only a couple of rises in the route today, mostly cruising along the river again. 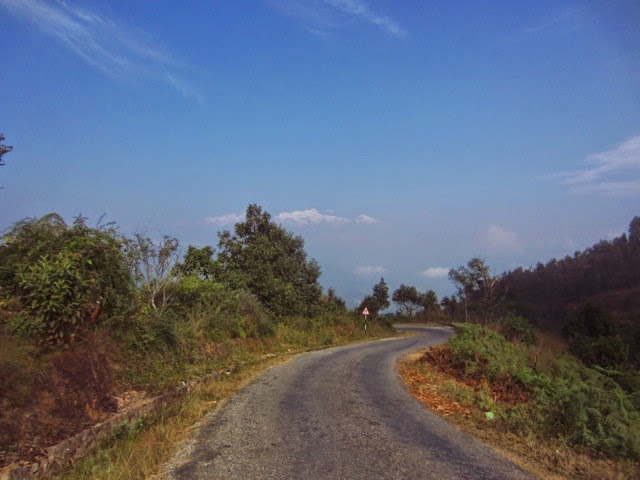 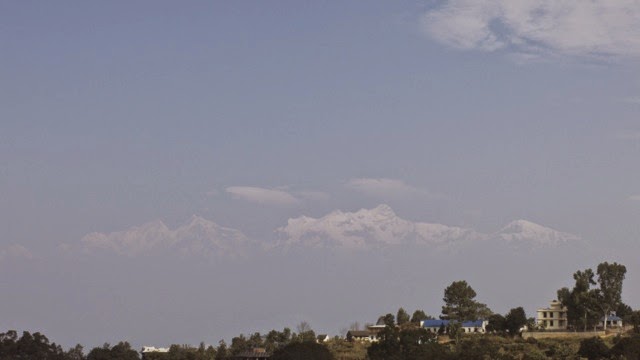 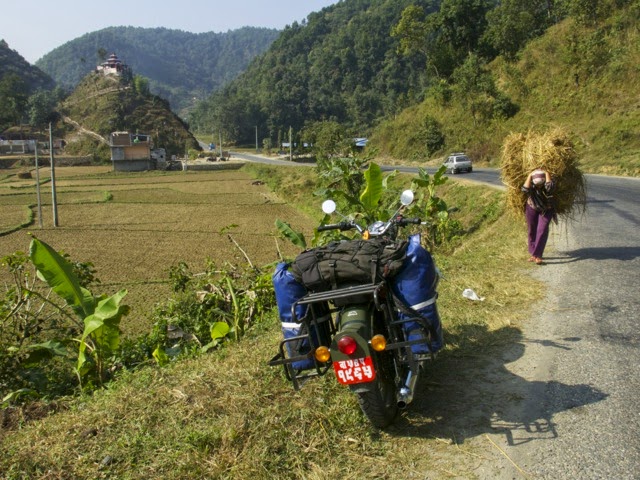 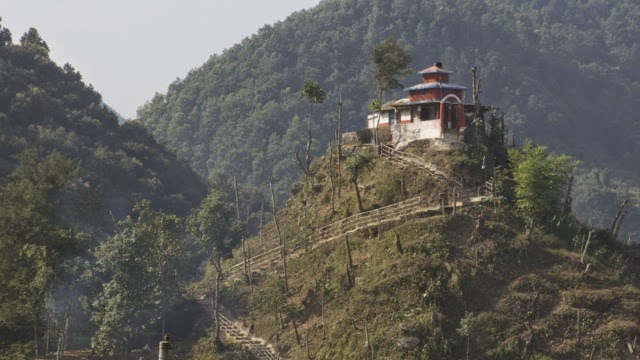 I got to Pokhara and chowed down some Buff (water buffalo) Momos with spicy chili sauce and washed them down with a lemon soda, which was a couple lemons squeezed into some soda water.  Tasty really. 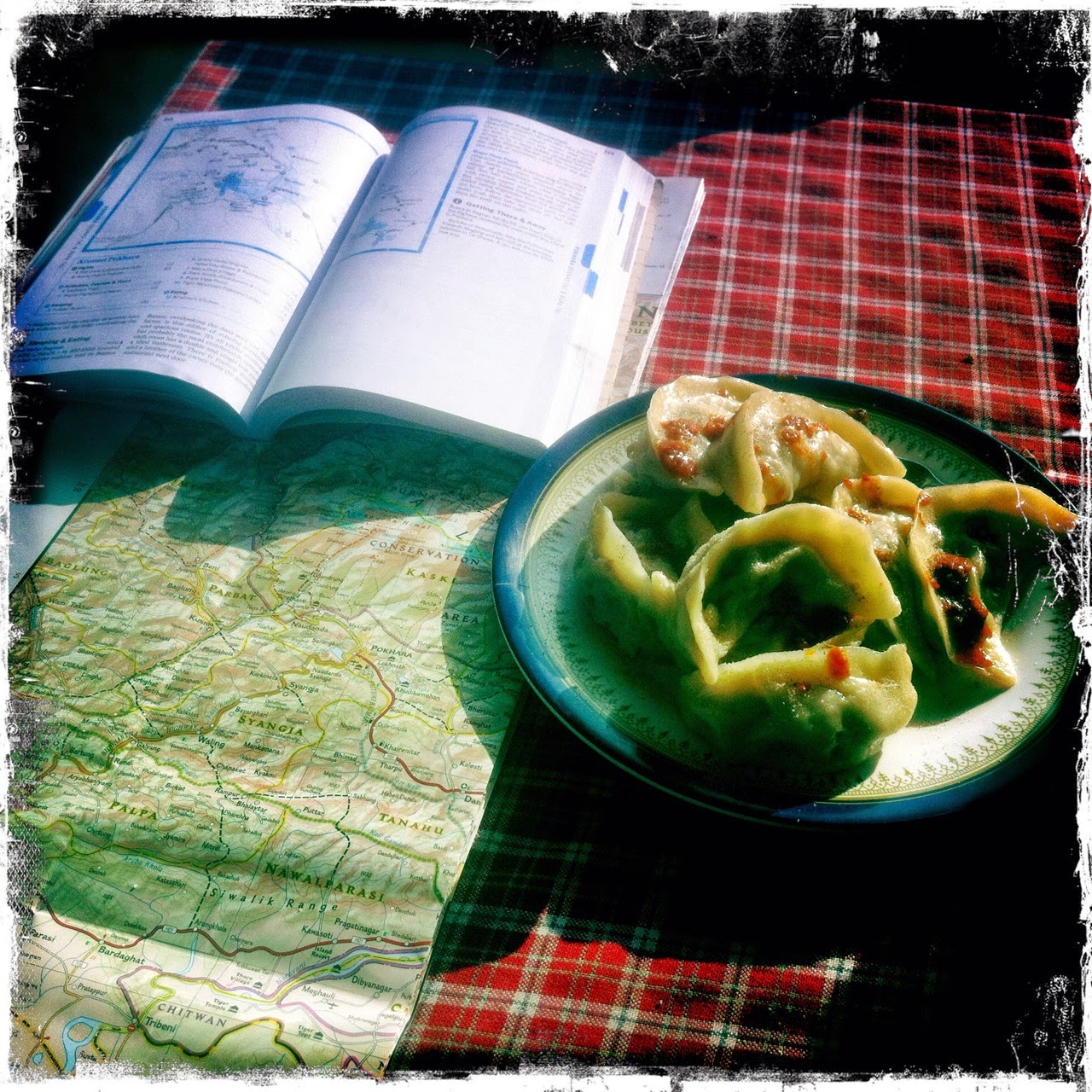 I rode out to check out Begnas Lake, to see if it would be better to stay out there than in Pokhara.  It was beautiful enough but the hotels were a pace away from the lake and didn’t look especially inviting.  I opted to head back into Pokhara, which would have me closer to the direction I’ll be heading in the morning.

The lack of quality suspension on the Royal Enfield has me questioning how the going will be once the pavement is gone past Beni.

Tomorrow I plan an early start.  I will have pavement nearly to Beni and we’ll see after that.  I’m hoping to make it to Tatopani, where there are hot springs.  Then the big push to Jomsom and Muktinath the next day.  I’ve already decided that if the roads are so rough that I’m getting rattled to pieces, I may not push all the way to Muktinath.  We’ll see how it goes. 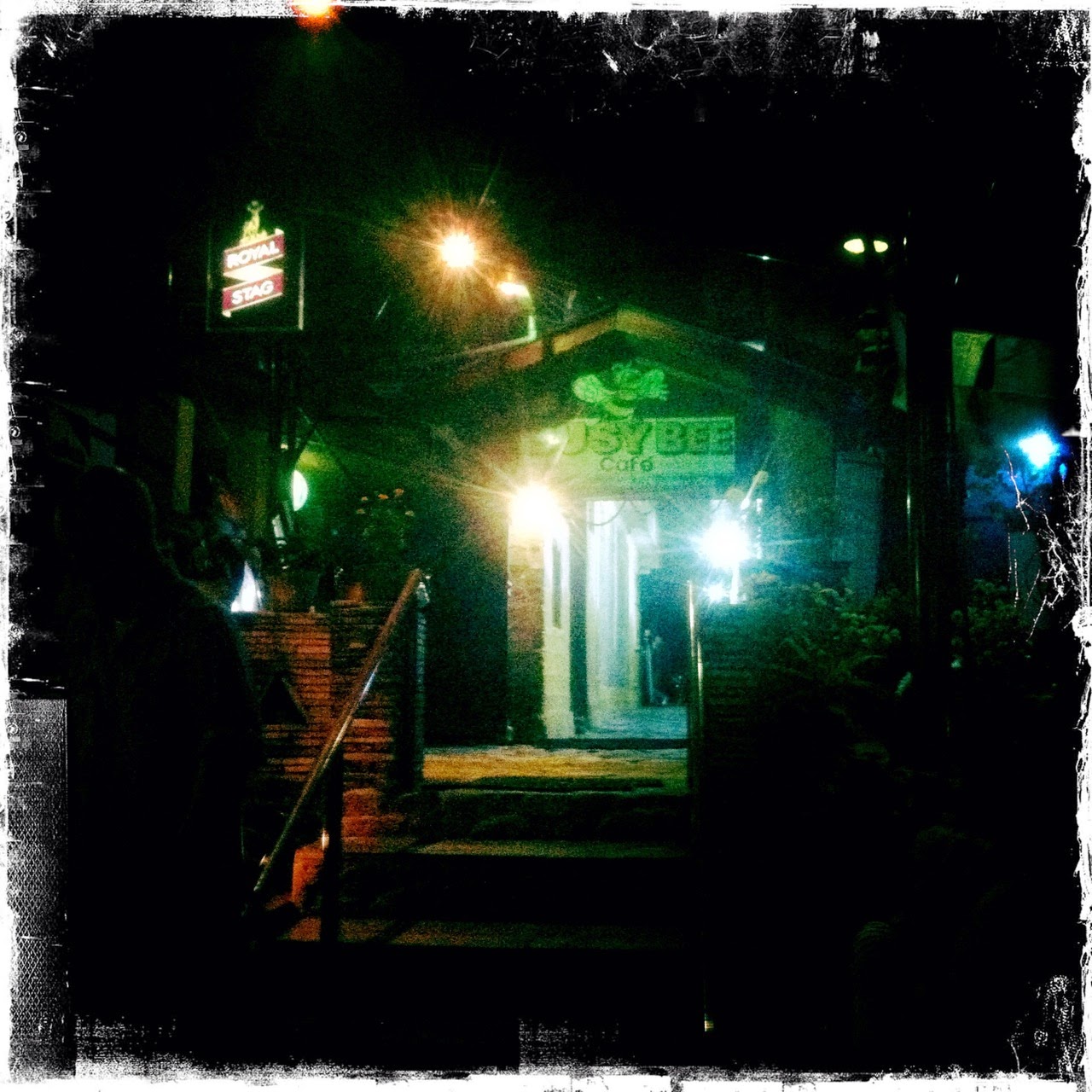 Busy Bee Cafe - Pokhara, NepalStrolling the strip of Pokhara, I felt like I needed to get out and walk around and get some blood flowing. I'm beat. I fell asleep starting my blog post for today and napped for an hour.I'm staying at a place on the north end of town where the hotel and restaurants are seemingly ever expanding.As I rode into town I passed an Enfield with a dready guy and his girl riding two-up. I slowed down and yelled over to him asking where they were staying and if there was good parking for the bikes. He nodded and yelled back that I should follow him.I would have never found it on my own. It was tucked up a sidewalk of an alley behind the Three Sisters Guesthouse. It was called Placid House and seemed freshly remodeled. A cute little Nepali girl opened the gate for me and showed me the room. It was nice and clean. She showed me the bathroom on the main floor and assured me the shower had hot water. All for 400 rupees or a whopping $4 bucks.  I unloaded the bike and quickly unpacked needing a shower. I figured that it'd be best to do that ASAP in case the water was just a translation of hot. I wanted to get clean and dried off before it got cold out.The shower ended up being for real hot and felt awesome. Being free of the diesel and dust of the days ride was more than liberating.I decided that I'd try to find the Hearts and Tears Motorcycle club that I'd seen online.  They rent Enfields and run tours out of Pokhara. The guy is an expat from Australia, I think, and his site was pretty cool looking. I didn't have anything else to do and I was still stuffed from the double order of buff momo's I ate at 3. And I'm still adjusting to what to do with my evenings now that I'm not filling them with drinking beer.I remembered seeing that Hearts and Tears was located in the entry to Busy Bee Cafe.I ambled my way down the drag. The north end of town is quiet. Some restaurants didn't even have electricity, just tables lit by candles. The street was just packed rock and gravel. This gave way to pavement and electricity and eventually music blasting into the street. There are dance bars on the second floors where the classy scantily clad Nepali and Tibetan girls dance. And live music in the cafés with local bands covering American rock and roll. The music sounded spot on, only the tinge of Asian accent giving them away as covers.I was reveling in some shallow loneliness of the wayward solo traveler when I stumbled upon the Busy Bee.From the road it didn't seem like much was going on. And it was early, only 8:30pm.  I walked in anyway.It was cool to see all the vintage Royal Enfields lined up under the Hearts and Tears MC sign. The Busy Bee was buzzing. The band was bumping Bob Marley's "Redemption Song" and it was about half full with trekkers and young Nepalis eating and drinking.I grabbed a spot at a high top and ordered a shisha to pass the time and a lemon soda.  Still feeling a little melancholy with no one to pass the time with, I just had to laugh when the band busted into a cover of Passenger's "Let her go".Bittersweet. I love the song. But it is so strikingly appropriate to my life right now, that it's all a bit too real and poignant when I hear it. But what the hell?... What's life if it's not real.  I smiled and toked on the hookah pipe enjoying my surroundings and my lot in life. As I exhaled a giant cloud of double apple smoke I gave thanks for what a blessed existence I get to lead. I mean holy shit man take it all in...  I'm in Nepal. In a little city next to a beautiful lake tucked in between a bunch of foothills to the biggest mountains in the world!  The weather is great, probably 60*F.  I rode around all day on a brand new motorcycle, dodging busses and holy cows.  And all I have to do is get up in the morning and do it all over again... On roads I've never laid eyes on and sights I've only dreamed of. And who's really better company than me anyway?  Hahaha.Life is good!  "Bartender! Bring me another lemon soda!  And some more coals for my hookah!"  HooRah! 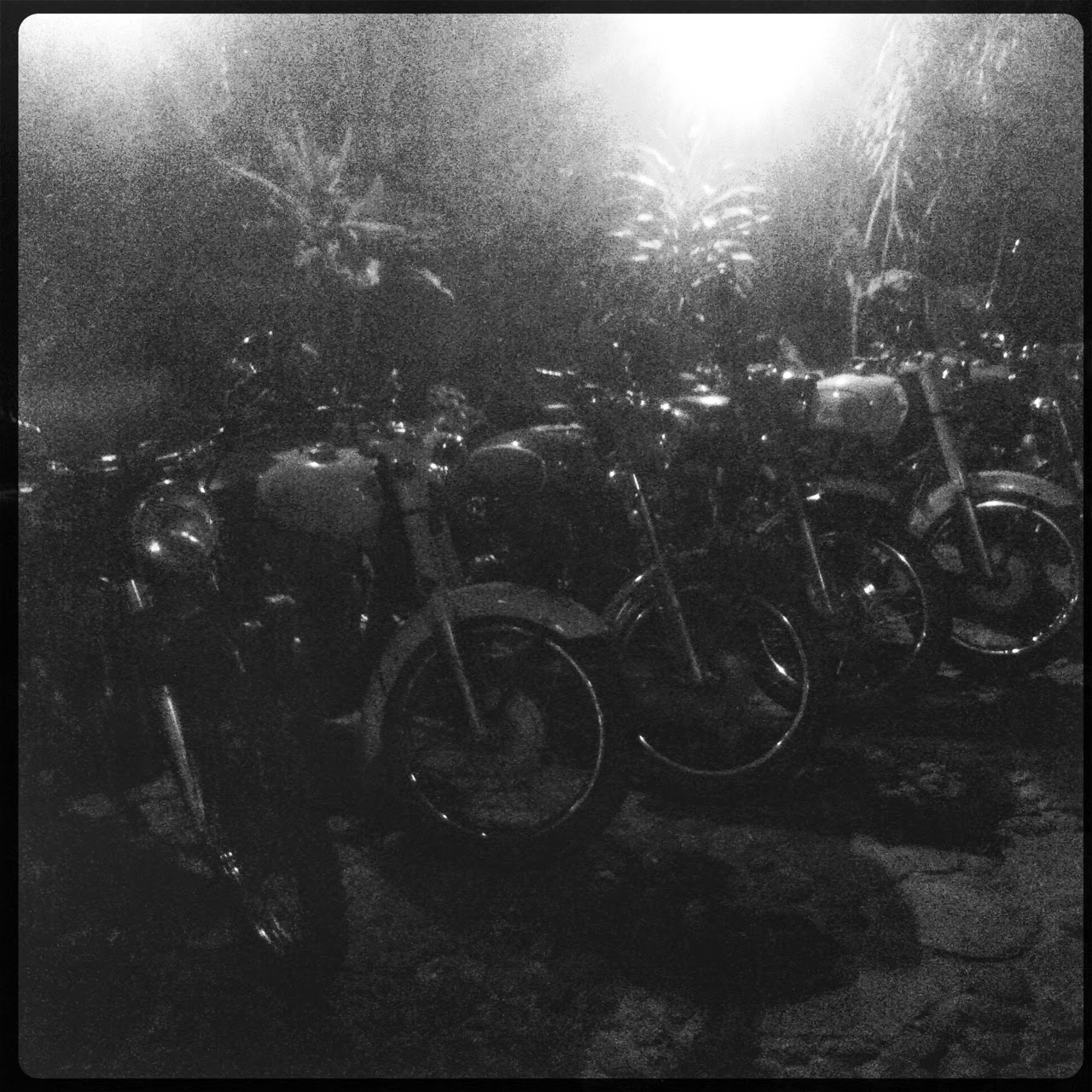