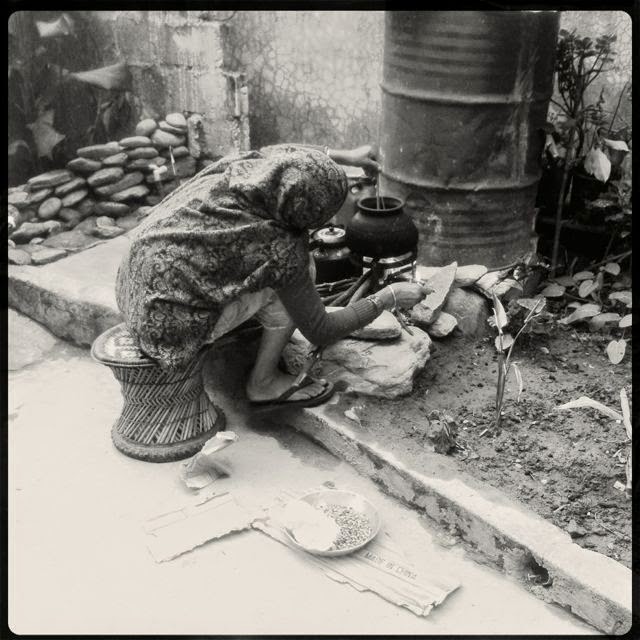 I woke up needing another day to chill out and get my plan in order.  Even though I don’t want to sit around and not ride with the bike costing me money every day, I didn’t want to rally out of Pokhara today.

Last night at dinner, Audrey told me the outdoor movie theater here would be showing “The Life of Pi”.  I knew I needed to get some more blog posts uploaded before I got too far behind and became overwhelmed.  So today made for a great day to spend on catching up.  Subsequently it is the first day of the week for most powersports businesses and the beginning of the month, which meant I also had plenty of work to do as well.  All this combined with needing to make a plan for my final two weeks in Nepal meant that taking a day off the bike was in order.

I did manage to get down to the local bike wash and get two weeks worth of mountain mud and grime washed off for a whopping 150 Rupees or roughly $1.50.  Two young boys managed this with an electric pressure washer and lots of soapy water and rags, while I sat in the sun sipping a cold Coca-Cola.  Not bad.  I kind of felt bad for the kids knowing how little they must be making as I was certain only a fraction of the hundred and fifty rupees that I paid to the potbellied boss would make it their way. 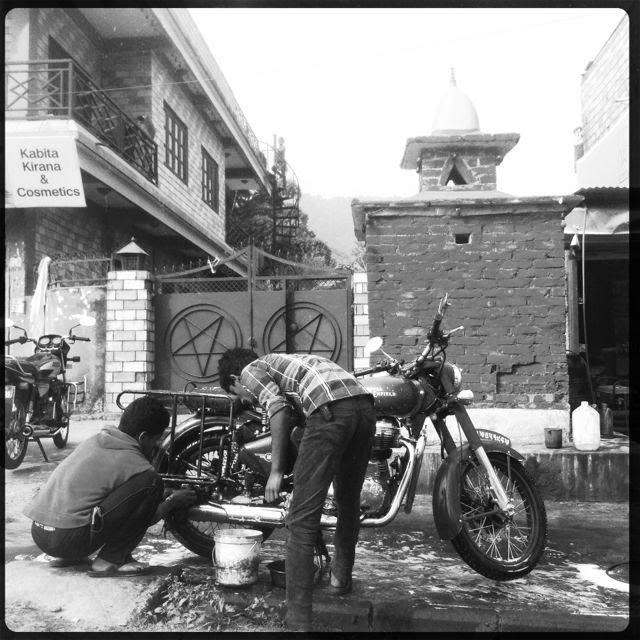 And just to put it all in perspective, the 330ml returnable glass bottle of cold Coca-Cola I was drinking cost me 50 rupees or a third the cost of the 25 minute bike wash.   Yeah.  Spend too much time pondering the inequality of things and I quickly start to unravel.

I went back and parked the now clean bike at the guest house, worked some more volleying emails back and forth with Haddad, and spent my afternoon walking the back roads of Pokhara, happy to see that a normal Nepali world exists beyond the tourist strip of Lakeside.

I then took some time scouting my next few days on the map before taking another sunset stroll along the lake. 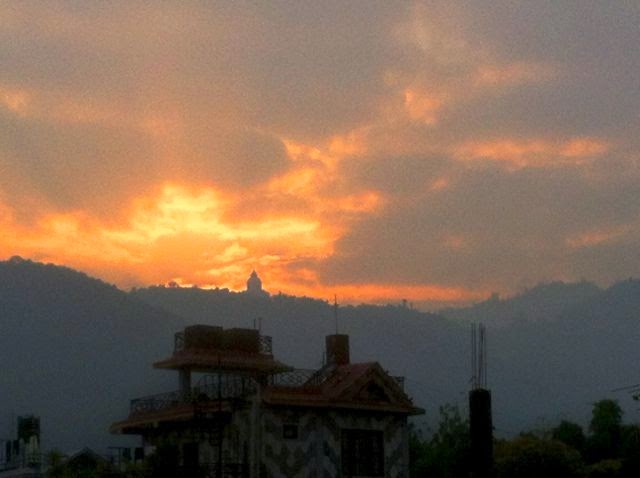 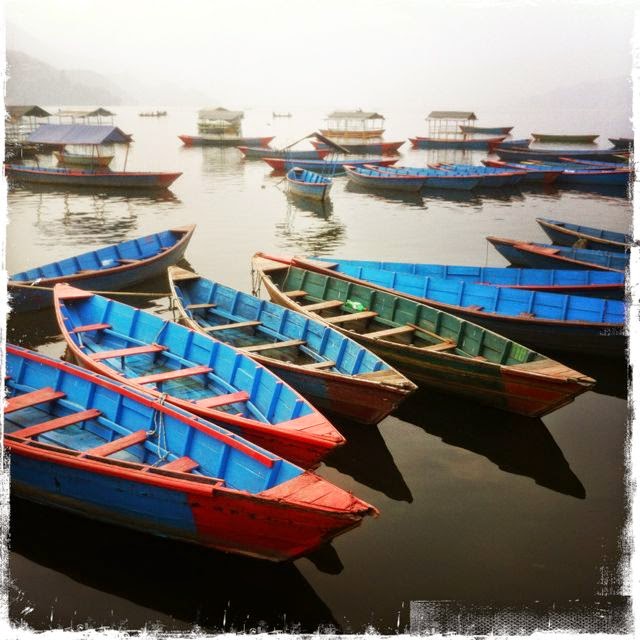 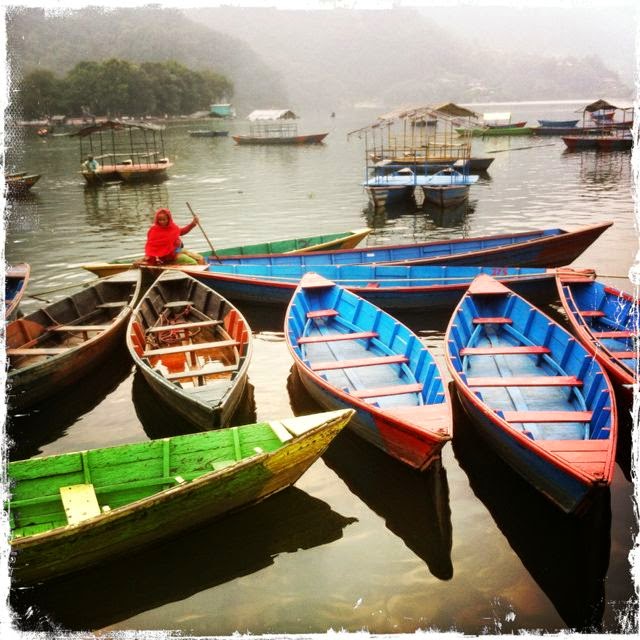 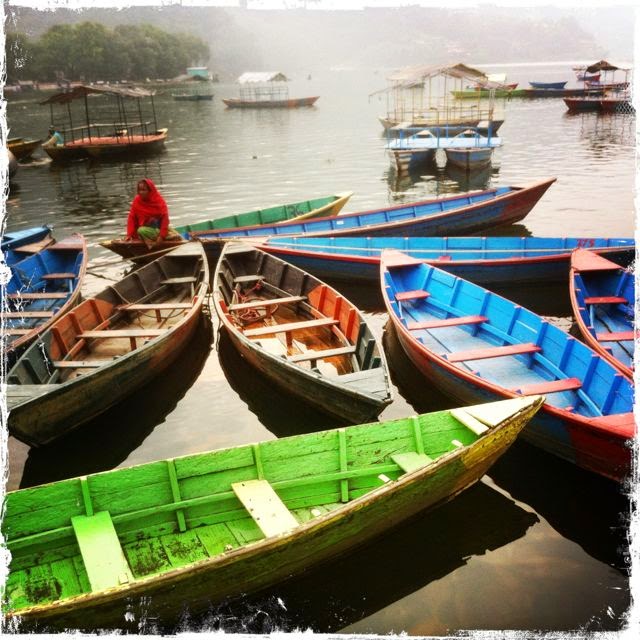 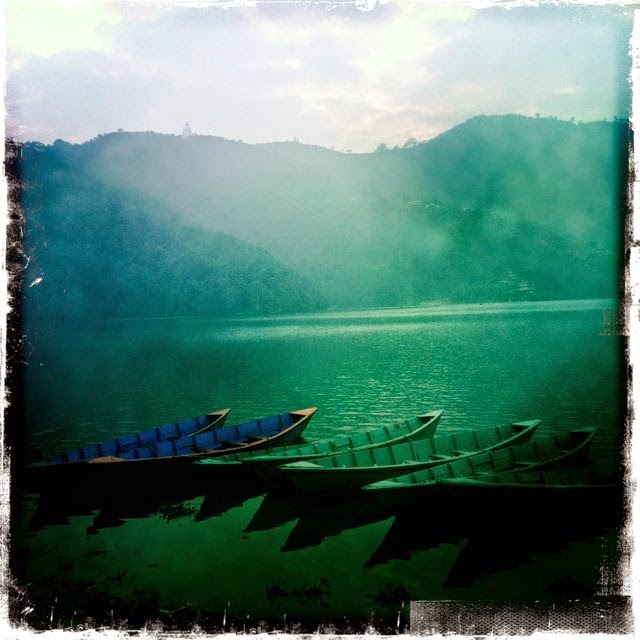 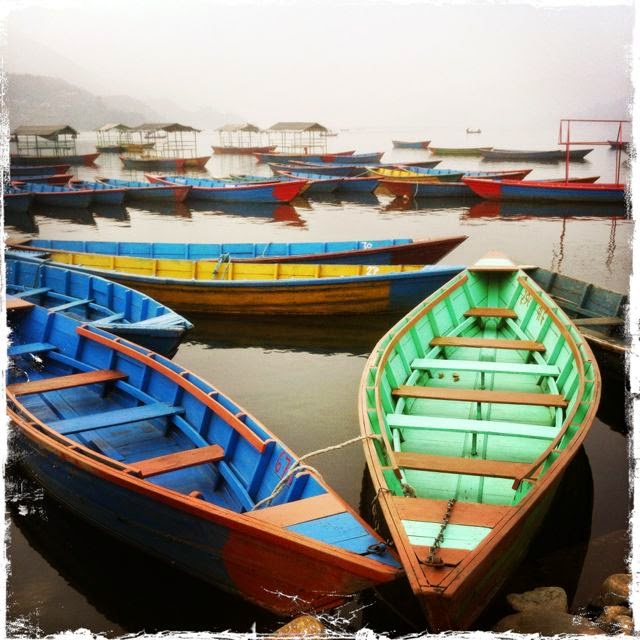 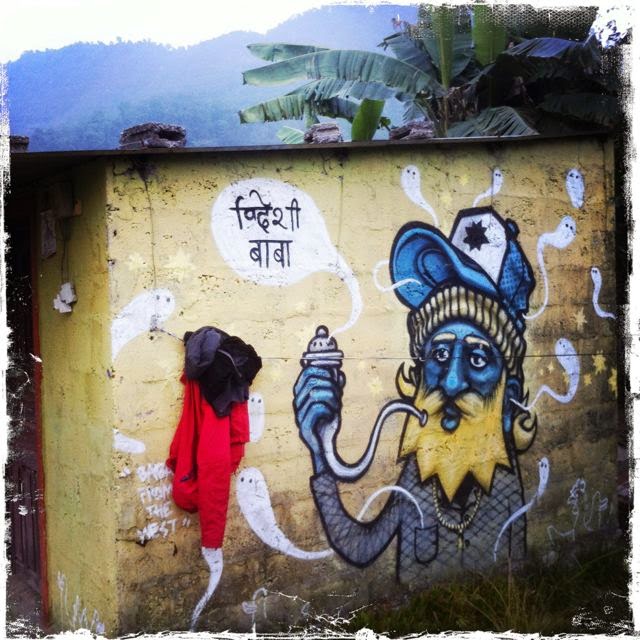 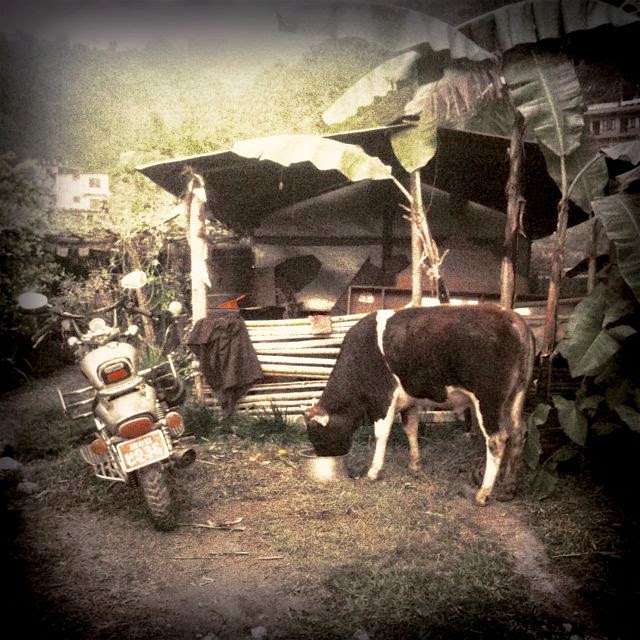 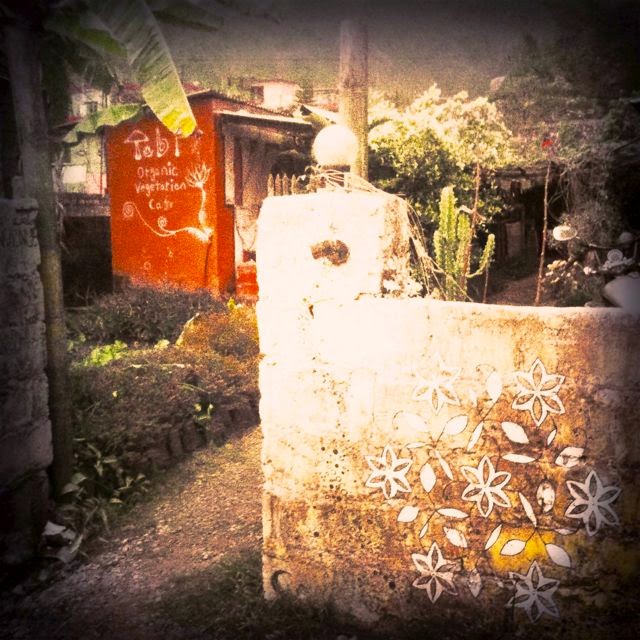 The outdoor theater was pretty damn awesome.  Perched up on the hillside looking out over the lake with a big white screen stretched out to project on.  I was pretty impressed with this cool setup started by a couple expat guys from Spain.  They show different movies every night in this open air theater.  And the titles vary extensively…  Last night was, “Kill Bill Vol. 2”, tonight was “Life of Pi” and tomorrow is “American Psycho”.  Pretty sweet watching a movie outside, munching on popcorn, just barely able to see your breath in the cool nighttime air looking out over Fewa Lake with the lights of the World Peace Stupa and lodges on the other side of the lake glowing through the haze. 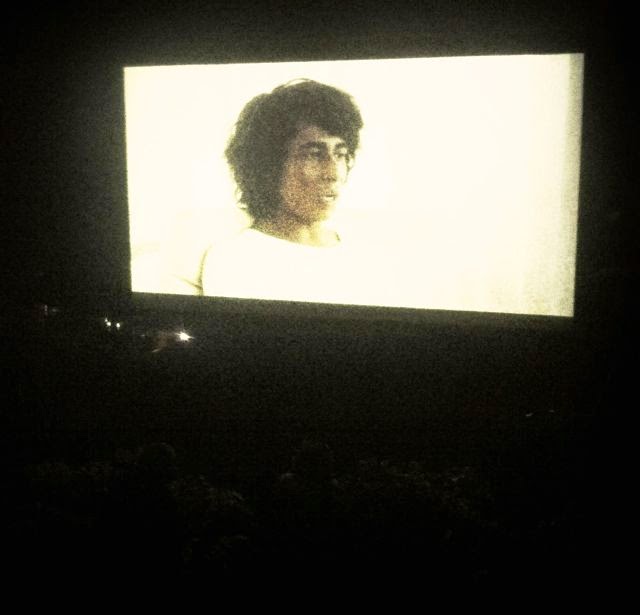 And having a plan for the next few days now makes me feel pretty good too.  All in all, even though I rode a total of about 5 km’s just to get the bike washed, I feel like today turned out to be very productive.  And now at 5 minutes to midnight, having written two entries, ready for accompanying photos, I’m ready to put the productivity to bed.  Tomorrow has to be an early start if I’m going to make it all the way to my intended destination of Nagarkot on the far side of Kathmandu.
Posted by trails•end•bmw at 4:11 AM