I had to go back to Seven Sushi Sake, in Bozeman another night.  The food was so good on Sunday, I had to go back again before I left town.  Drew and Nick Chlebeck have a good thing going on there.  If you happen to find your way into Bozeman, check them out on Kagy Street.

I talked Drew into riding out to Yellowstone National Park with me.  He agreed on one condition:  We have to stop for the best burgers in the world at Mark's In N Out in Livingston on the way.  And then he'd only ride to the park if we were going to soak in the Boiling River.  O.K. so 'two conditions.'  After passing on the commercial pools of Radium, back in B.C., I figured this all sounded great. 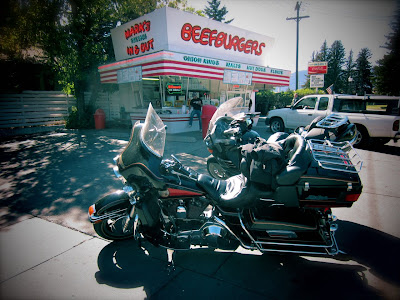 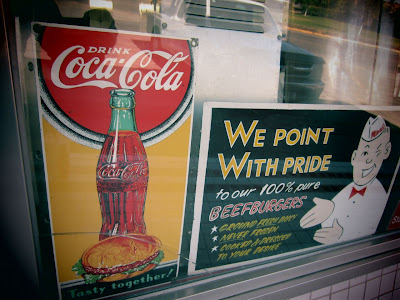 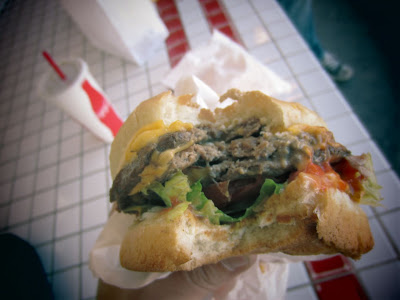 Lunch was excellent and with names like triple cheeseburger and super bacon cheese how could you go wrong?  This is a true roadside grill that has been around almost as long as Yellowstone itself.  Definitely worth a drive by for some good ol' Americana.  Off thru Paradise Valley and into the park from the Gardiner entrance under the Roosevelt Arch. 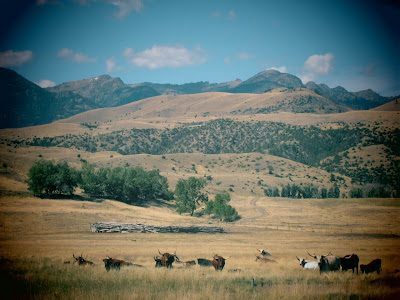 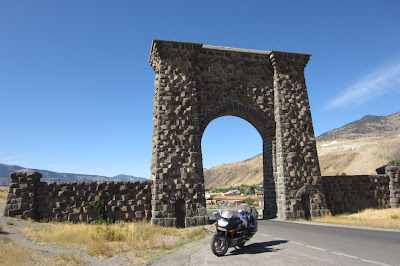 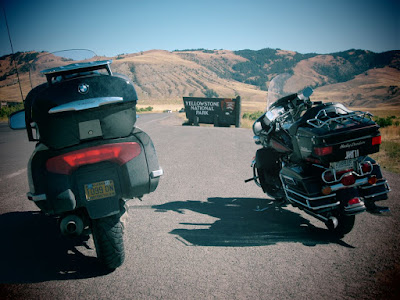 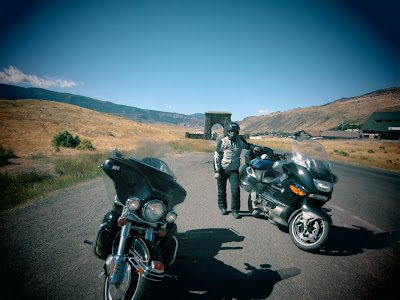 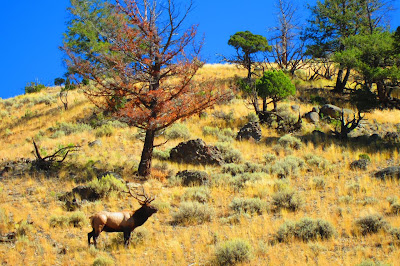 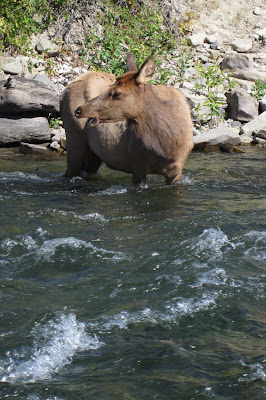 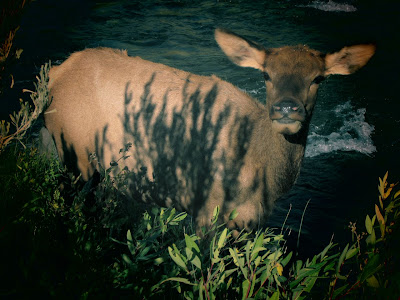 The Boiling River turned out to be spectacular.  It is probably the finest hot spring experience I've had in my life, which made it really easy to stay there soaking much longer than I should have.  This lead to a big push after Drew and I went opposite directions.  I saw a lot more wildlife including a bunch of bison and another huge bull elk. 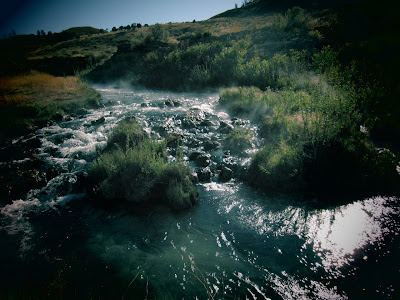 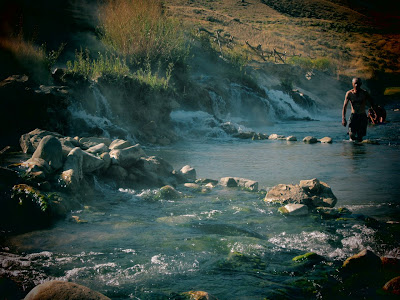 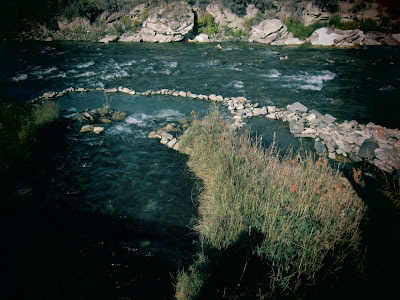 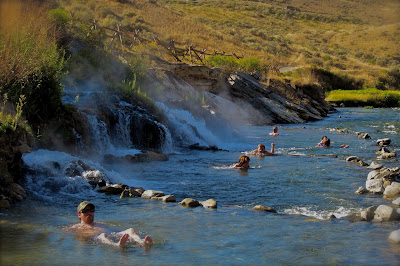 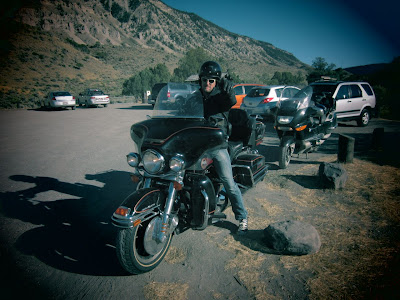 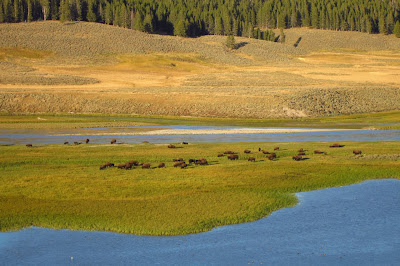 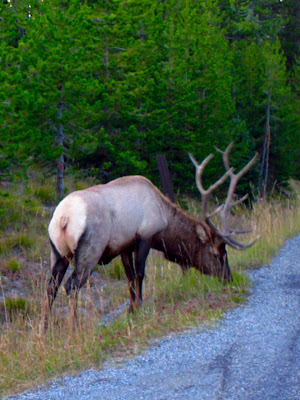 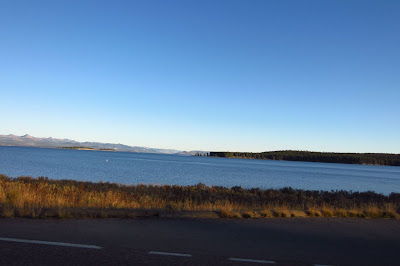 It was an awesome way to spend the afternoon.  It was already getting dark when I entered Teton National Park.  I cruised along the pavement in the darkening light with my eyes peeled for wildlife.  Fortunately I made it clear to Jackson without worry.  It was late already and I needed food.  I saw a little place called 'Thai Me Up' that was packed and looked good enough to me.  The food was delicious. 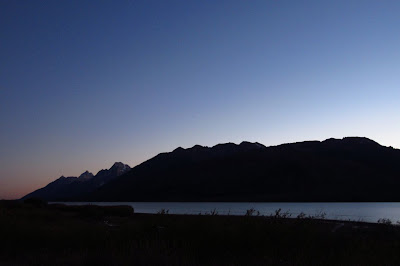 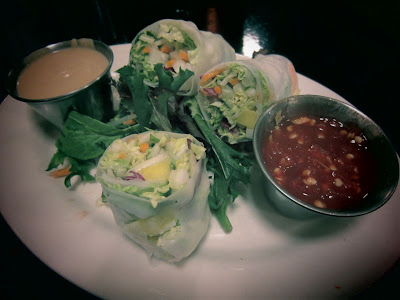 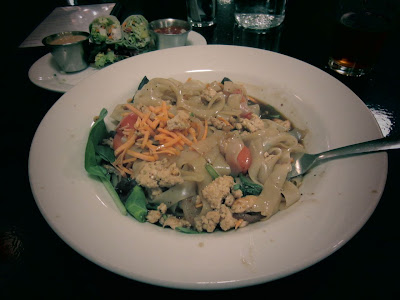 I decided to backtrack north and rode 15 minutes from Jackson to the Gros Ventre Campground just inside the Teton National Park.  I set up my tent in the cold dark at nearly midnight.   Another great ride and super good to be rolling south again.
Next up:  Wyoming, Utah, a brush with the Law in Colorado and a night with my family in Vail.  Closing in on Texas bit by bit... or in this case huge chunk of miles at a time.
Posted by trails•end•bmw at 10:20 AM