I hit the wall.  I didn’t want to get out of bed and ride today.  The seat on Shamu, our BMW K1200LT was covered in frost again.  I struggled my way out of bed and over to the hotel restaurant for breakfast.  I put down a couple of over-easy eggs and some toast and fried potatoes.  I slammed some super weak coffee and walked with Farnham, a close friend for over half my life now, back to the room and packed the gear to keep on.  Far saddled up on my KTM and headed back north to his family in Vail.  I reluctantly got on Shamu, though I really just wanted to go back to bed.  I think that I was really hesitant because I knew that today I’d be leaving my beloved Rocky Mountains and heading into the hot flats of eastern New Mexico and Texas. 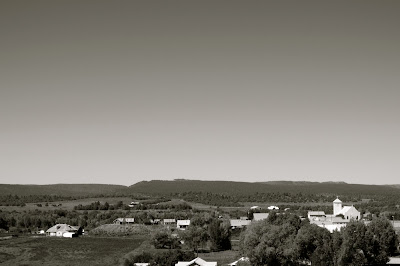 I took my time getting on the road so the mountain weather could warm up.  I fueled up at the end of town in Pagosa Springs.  My turnoff heading into New Mexico was only a stone’s throw from the gas station.  I wound up the motor and pressed south towards Chromo and then Chama before eventually heading across high desert to Taos. 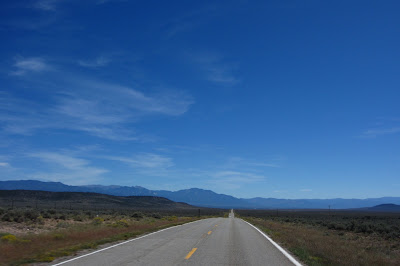 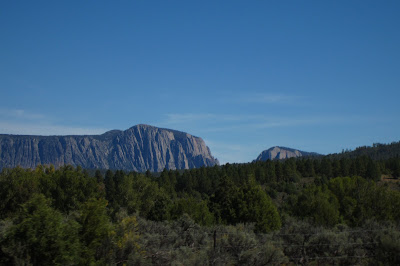 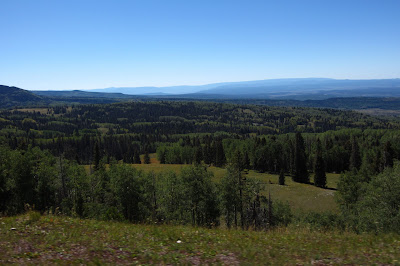 Taos was in the midst of an annual art fair and the town was busy, and it was hot.  I got turned around for a minute heading up to the Taos Pueblo.  I thought perhaps that was the town center, but instead it was a replica of old Taos set up for tourists.  It looked neat enough but I was sweating in my mountain gear and had only one thing on my mind… cooling off.
I finally found Taos and all of its pale orange adobe.  I also found a street corner that was well shaded.  I pulled Shamu over and quickly started shedding gear there on the corner of US 64 and some residential side street.  An older guy checking his mail yelled over asking if I needed help:  Nope!  I’m all set.
Then the local US Postal Service lady came by in her little mail truck.  She chatted with me for a couple minutes while I was pulling liners out of my riding pants and jacket.  Wow people are nice here in Taos!
After losing some gear I was feeling much much better.  I followed US 64 east through some really cool winding mountain roads.  The roads were narrow and though the pavement was good there were no shoulders at all.  I was one car behind a group of motorcycles.  We swooped and swayed through the switchbacks.  On the last switchback before Angelfire, the last guy in the lineup ahead got too wide and put the front tire of his ElectraGlide into the soft gravel next to the road.  In a single moment he was on the ground beside his bike on his back.  Fortunately he went down as softly as possible with only minor damage to bike and body.  I pulled over and helped him lift his bike back up about the time his buddies had turned around.
It was a good reminder to check my speed.  I fueled up in Anglefire and rode south towards Mora and then caught a very small mountain road through the foothills.  NM 94 was paved well but incredibly narrow.  I almost felt like I was riding a very long driveway.
It was really hot when I got into Las Vegas, New Mexico and I wasn’t really sure where I was headed.  A guy yelled, “hey nice BMW!” from behind me.  I turned and looked to see a long-haired biker wearing a leather vest and some bug-eye goggles sitting on a Dyna Wide Glide.  I waved casually.
At the next light, he pulled up next to me and asked if I’d really ridden all the way from Alaska.  When I told him I left a week ago he just shook his head with a disbelieving look on his face.  I asked him how to get to the highway that heads to Tucumcari.  He told me to follow him.  It reminded me of so many situations in South America where this happened. 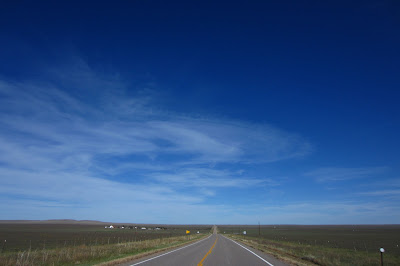 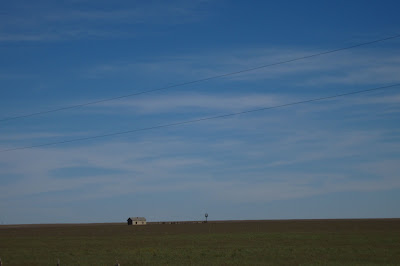 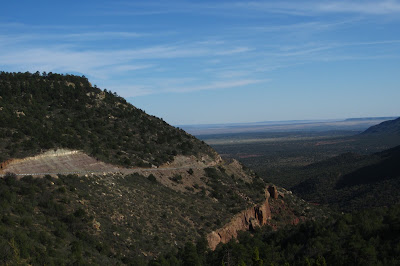 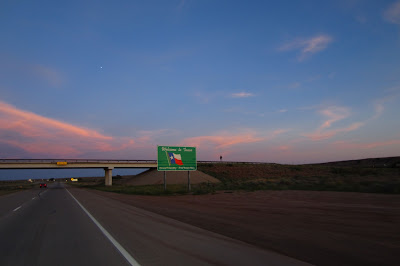 Once I got out of Las Vegas and started riding east, I was sad knowing that my mountain riding had come to a close for now.  The road was sadly flat and straight with nothing but expanse to look at.  I did get some incredible desert canyon riding for a while in eastern NM before crossing into the flats heading for Amarillo. 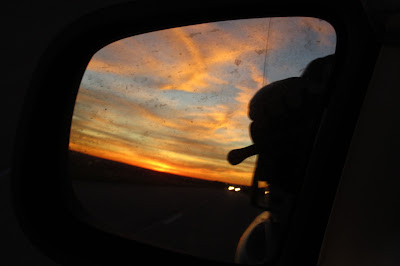 I found a motel off the highway in Amarillo about an hour after dark, got some grub and crashed out.  The ride to Grapevine was uneventful.  I was very excited to get to the Gaylord Texan Hotel and take some time off of Shamu.  And of course, I was super excited to be seeing my lovely Laura, who would be helping me buy apparel at the show. 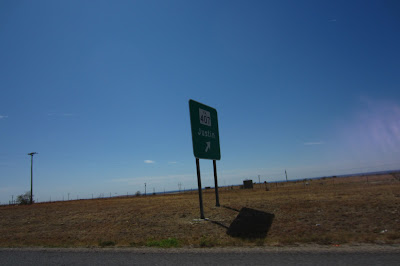 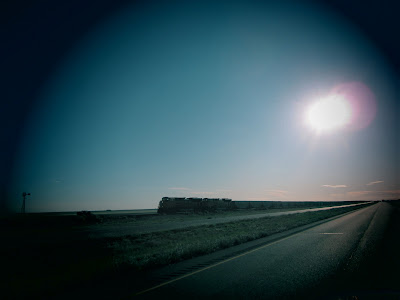 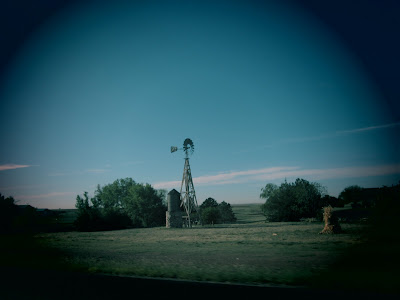 Other than some lousy construction in the hottest temps of the ride, 95°F just outside of Grapevine, the ride on my last day was a minor 5.5 hours and uneventful.  The scenery is dry around this part of Texas.  I’m not really that excited to have to ride back through it all on our way out of here.  At least I’ll have a passenger, since Laura will be joining me back to Colorado.
Next up:  Grapevine, Gaylord, and Motorrad Aftersales OTF…
Posted by trails•end•bmw at 7:25 AM